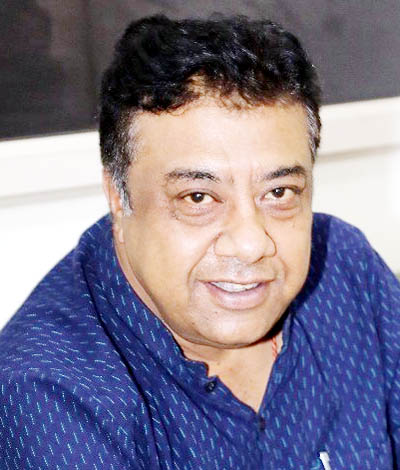 Alok Chatterjee is one of the most famous Theatre actors and directors from India. He is best known for his Theatre show THE DEATH OF A SALESMAN and NAT SAMRAT. The 58 years old Actor was born in 1962, Jabalpur, Madhya Pradesh, India. He started his career in 1987 and is working till the present. The successful actor has also been teaching acting in NSD and FT.I. Pune. He was also teaching at the Institute of Anupam Kher in Mumbai. He is currently working in MADHYA PRADESH NATYA VIDHYALA (Theatre), he is teaching and performing Acting here. He also performs theatre in his hometown Bhopal. However, here we have compiled some lesser facts to know more about his personal and professional life. So, let us have a look!

Alok Chatterjee is a dark average height man with an Asian skin tone. He is 5 feet 7 inches in height. Black hair and dark brown eyes. He is a fat body type.

Alok Chatterjee was born in Madhya Pradesh in a Hindu family. He was born in a middle-class family and has worked very hard to earn this name and fame where he is today. He has worked with many top names like IRRFAN KHAN.

He received his early education in Bhopal and later received higher education from the National School of Drama(NSD). IRRFAN KHAN was also his class fellow.

He has worked in many plays and also directed many. Some of his performances are mentioned Death of a Salesman, Sakuntala ki Angotti, Nat Samrat, and many others that are worth sharing to watch.

He has done many plays and all of them were successful for his career but one of his most appreciated works was THE DEATH OF A SALESMAN. It is originally written by ARTHUR MILLER but he projected this play in his theatre under his direction and proved to be a successful one.

Along with all the fame, he has collected in the years since he started acting, he has also received a gold medal from the NATIONAL SCHOOL OF DRAMA for his performance and best Acting.

Well, when talking about his hobbies, one can easily understand what his hobbies would be as to how simple a man he is. His hobby is traveling and reading books. He likes to watch movies as he believes it helps him in his performance. He likes to learn from others.