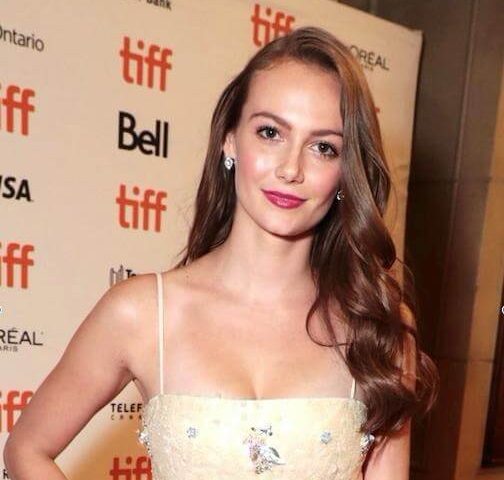 Andi Matichak has only been in the industry for a little over a decade, but she’s already worked on a wide range of projects. She has, however, been establishing herself as one of the next generation’s horror queens since 2018.

Andi has been working hard to prove that she is the real deal, and critics, viewers, and colleagues have all been impressed so far. Continue reading to learn eight surprising facts about Andi Matichak.

Andi had never imagined herself in the role of an actress. Instead, it’s something that just happened to her. She had the opportunity to work as a model in Greece when she was in high school. An agent approached her while she was there and suggested that she should try acting.

Her main focus had been sports, and she was a gifted soccer player. She set a goal for herself to get a Division I athletic scholarship to one of the top 20 schools in the country. She was awarded a scholarship to the University of South Florida for doing so. But ultimately decided to pass up the scholarship in order to pursue acting.

3. A Writer and Producer

She’s had some behind-the-scenes experience as well. “Bathroom Talk” was a short film she wrote and produced in 2018. She had previously produced a television miniseries called “Making It: The Series”.[1]

Andi is grateful for all of the opportunities she’s had thus far in her career, but she’s already considering her options for the future. She would love to work with some of Hollywood’s biggest names, such as “Tom Hanks” and “Bryan Cranston”.

Andi enjoys getting out and seeing as much of the world as possible. She has traveled to many places around the world, including Switzerland, Italy, and the Czech Republic, in addition to Greece, where she studied in high school.

6. Never Thought to Become an Actor

She said in an interview with The Hollywood Reporter that she never imagined herself as a scream queen or in general acting.[2]

The actress made her feature film debut in 2015, playing an uncredited role in Naomi and Ely’s No Kiss List, a film starring Victoria Justice. [3]

When Andi learned that the two of them would be working together, she was nervously excited. Andi told that she was a little star-struck when “Jamie” texted her to welcome her to the Halloween franchise. [4]