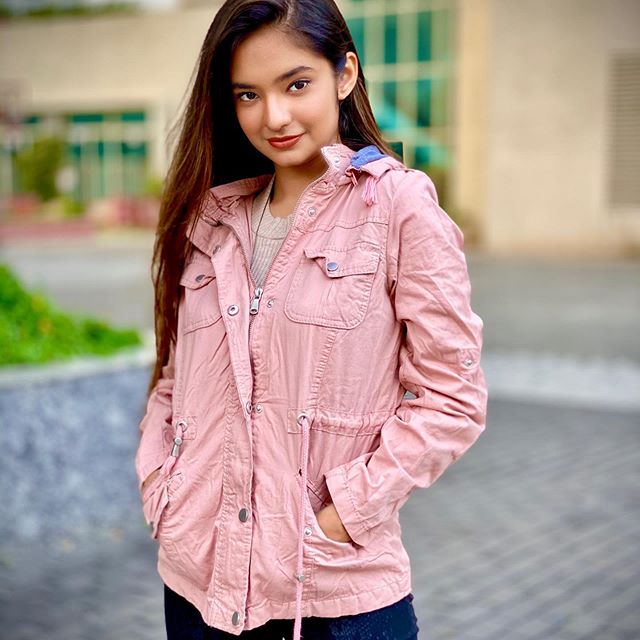 Anushka Sen is a popular Indian television actress and dancer. She is known as one of the most beautiful child artists in India. She has made her different identity in front of all Indians by making herself as a talented actress at a very young age. Anushka going to the school in Mumbai, the name is “Ryan International School”.

1. Who will be played the famous and title role name ‘Jhansi Ki Rani’ in the Indian television?

The popular historical drama show ‘Jhansi Ki Rani’ which was cast by Ulka Gupta and Kratika Sengar as they are younger and grown-up Rani Lakshmibai, respectively. For the instant fame of this drama, the drama set to bring it back after a big gap of eight years. Now, the title role will be played by the most beautiful and talented actress of India television, Anushka Sen on another TV channel. The drama is planned to introduce with a few changes in the storyline and with a whole new cast.

2. The secret of Anoshka popularity

The talented Indian actress Anushka Sen, who got the popularity at a very young age due to her outstanding featured on the most acclaimed TV shows, like “Devon Ke Dev… Mahadev” where she played as the young Parvati, and “Baal Veer”.

3. How many people follow this beautiful actress in social media?

4. Right now, the popular actress is only in her 17s

Anushka born on 4th August in 2002, and right now she is in only a 17-year-old actress who is ruling the heart of the whole India.

5. The beautiful Anushka sen has a Bengali origin

She belongs to a Bengali Hindu family and was born in Jharkhand, India. Her father is a Bengali descent Anirban Sen and her mother is Rajrupa Sen.

6. From which name the lovely actress called by her lovers

Only a few people knew that Anushka called by her lover by a very interesting nickname “Meher”.

7. What are her current activities?

Now a day, the young actress Anushka Sen, who is only her 17 now, has started to take sword-fighting and horse-riding. She takes interest in these activities to lesson her perfect role in the drama series “Jhansi Ki Rani”

8. Besides the acting from which she is also inspired?

Anushka is also a very good dancer as well as acting. People also like her dancing performance. She learns to dance from a Dancing Academy of New Delhi, named “Shaimak Davar Dance Academy” to entertain her fans and followers.