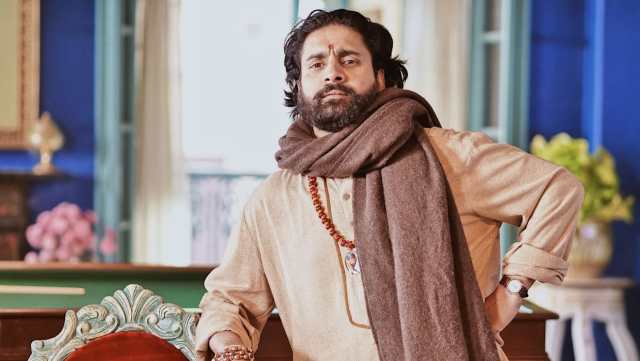 Chandan Roy Sanyal is an Indian actor, works in the Hindi film industry and South Indian film industry. He is predominantly working in Hindi and Bengali films for which he became famous and loved by everyone. He has been giving heart-winning performances. While he took the start of his acting venture through a Bollywood film named ‘Rang De Basanti’ which was released in the year 2006. In the film, he portrayed a minor role and this became a turning point in his career life. Since then, he did not look back and continued working in the cinema. Well, there are many things left to know about him and here we have compiled some lesser facts. So, let us have a look!

Chandan Roy Sanyal is a well-educated man who holds a bachelors degree in the field of Mathematics. Initially, he wanted to go with his field but later on, he discovered his interest in acting.

The actor, Chandan Roy Sanyal loves spending his time with his hobbies, such as; reading books, listening to music, and watching movies. All these activities make him productive.

Sanyal is a huge fanatic of the Bollywood superstar, legendary actor, Amitabh Bachchan who is famous for his excellent performances and contribution to Hindi cinema.

Chandan Roy Sanyal is a huge fan of his all-time favorite singer, Master Saleem. Also, he admires Rahat Fateh Ali Khan because of his melodious voice and song collection.

The actor is an avid traveler and loves to explore things. When it comes to his favorite travel destination, he always opts for Paris and Goa where he enjoys the natural beauty.

In an interview with a media portal, the talented actor, Chandan Roy Sanyal revealed that he has encountered failures in his early days in the film industry. But he didn’t give up and continued to struggle.

Chandan Roy Sanyal is a versatile actor and has the ability to play different characters perfectly. From positive to negative, he has played a diverse range of roles.

Among many top ventures, Roy Sanyal has been a part of most popular films, including ‘Kaminey’, ‘Jab Harry Met Sajal’, and many others that are worth watching. And for these performances, he is being loved by everyone.