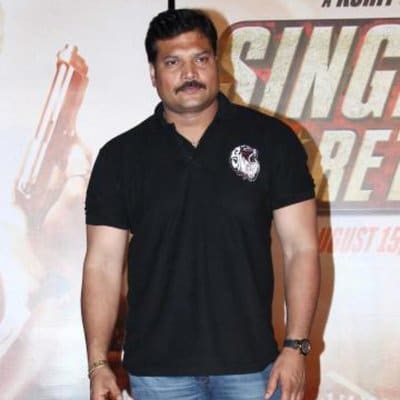 Don’t say that you haven’t watched even a single episode of the famous crime drama CID, as if you have seen it, you must know the character of Inspector Daya very well. This famous character has been played by Dayanand Shetty for more than a decade. Along with CID, he did other serials and some Bollywood movies too.

Many people want to know much more about him as he is sure a dear celebrity for them so don’t worry as we are here with the 8 interesting facts about your favorite celebrity which will surely amaze you!

1. Wanted to be a sportsman!

Very few people might know this interesting fact about him wanting to make a career in sports and playing it too for some time but due to his leg injury, he had to quit it. Later he joined the modeling industry.

It must be quite an interesting fact for all of you that your favorite celebrity has earned the title of the Best Looking Man of the Television in 2002. [1]

3. His viral and the most famous kick of CID!

We are quite sure that you are familiar with his most famous and meme content kick in  CID. He is often seen as kicking the locked doors to open them in the widely acclaimed drama. On this move, many memes have been made.

4. His off-screen decade-long friendship with Abhijeet!

It is quite an amazing fact about him that apart from the on-screen chemistry with Inspector Abhijeet, they are best friends in the off-screen life too! Their friendship is very strong and it is more than a decade old.

Very few people might know that he is a travel freak. He rushes to his favorite travel destinations whenever he gets some free time from his super busy schedule.

6. A great fan of Ajay Devgan!

Very few people might know this interesting fact about him that he is a great fan of Ajay Devgan. He got a chance to work with him in Singham fortunately.

It must be quite an interesting fact about him that he loves the traditional dishes rather than continental. Mangalorean food is his favorite among all the dishes.