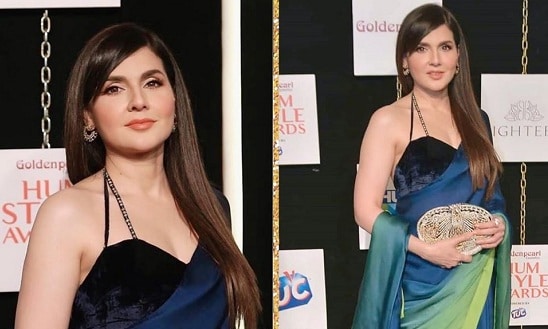 Mahnoor Baloch needs no detailed introduction as she is a household name in the Pakistani entertainment industry. She is born in America-Canada, known for being a veteran actress, film director, and former model as well. She took the start of her career through the small screen and made a debut in 1993 with a serial ‘Marvi’ in which she worked alongside Ghazal Siddique. It was aired on PTV. Mahoor Baloch is famous for her gorgeous looks and often praised by critics for her younger looks.

Mahnoor Baloch is blessed with incredible talent as she is known for not just an actress, yet a great film director and model as well.

Mahnoor made an appearance on the big screen and made her debut through ‘Mein Hoon Shahid Afridi’ released in 2013.

To keep herself busy during her leisure time, the stunning actress Mahnoor Baloch loves traveling and shopping.

The evergreen beauty idol is an extremely active user of social media as she has a massive fan following on all her social media handles.

Mahnoor Baloch belongs to a Sindhi family and got married to Hamid Siddiqui. The couple is blessed with a daughter named Laila Hamid.

Mahnoor Baloch is recognized for her good, younger looks, and fitness as she is often praised by everyone.

Mahnoor Baloch is known for being a fitness freak as she loves maintaining her physique. That’s the reason, she still looks younger.

Mahnoor Baloch is a grandmother but still, she looks like a 20 years old girl. She has proved that age is just a number.