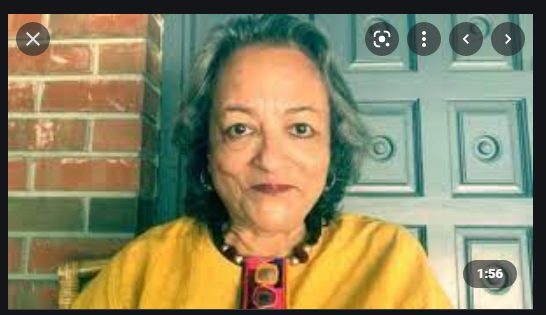 Known for her role in Bicycle Bride, Ranjita Chakravarty is a Dehli-born Indian actress. She obtained her education from Lady Shri Ram (LSR) College for Women and Jawaharlal Nehru University (JNU) New Dehli. Being an Indian activist, Ranjita aims to bring change in society by depicting these issues in her movies and plays. Since her childhood, she had wanted to transform society and so she combined this dream of hers with her acting to bring social change. She even tries to raise awareness on health-related issues. She has worked in films and TV series such as Perfect mismatch, Never have I ever and The Last smile, etc. She has a son and a beautiful daughter and lives in the USA. Let us know more about the graceful lady!

Ranjita is also a director and has directed some plays, many related to health concerns in teenagers. She directed her first theatrical performance on Zoom called Alipha based on the Urdu alphabet and touches on small-town politics as well as social and gender inequalities and portrays love, lust, greed, and anger.

She is associated with various organizations and tries to uplift the needy ones. She is involved with charity works and encourages others to donate as well. She tries to bring light to social issues through her acting and directing as well.

Ranjita loves to participate in marathons and keeps herself fit for this reason. She believes running is much more fruitful than acting and tends to receive more appreciation. She takes marathon running very seriously.

The well-known actress, Ranjita Chakravarty is a very religious Bengali Hindu and a dedicated follower of the Goddess Kali.

The graceful lady, Ranjita Chakravarty is very active on various social media sites and is prompt in replying to everyone.

She has worked with various famous Bollywood figures such as Anupum Kher and Boman Irani in her film Perfect Mismatch which was selected for the Cinequest Film Festival.

Currently, she is appearing as Nirmala Patti on the hit Netflix show Never have I ever which revolves around the life of a nerdy Indian American student who wants to turn around her life.