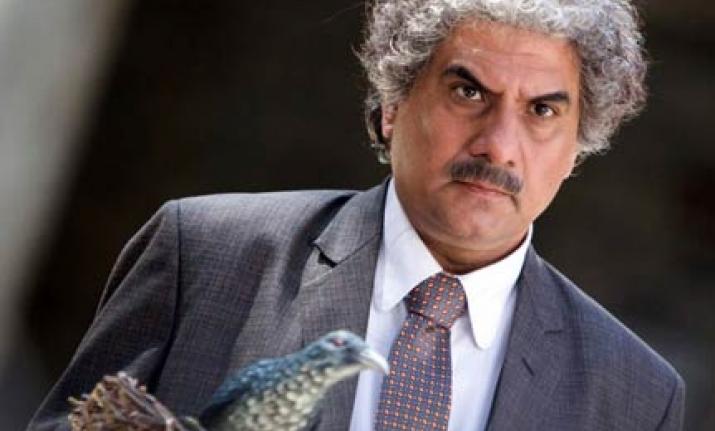 Boman Irani is a famous Indian movie actor, voice and theater artist. He is mainly recognized for his comedic characters in megahit movies like Munnabhai MBBS, 3 Idiots and Dilwale. Boman is a receiver of IFFA and Filmfare award for his stunning performance in the movie 3 Idiots starring Aamir Khan and Kareena Kapoor.  He is also a proficient photographer.

Boman Irani was on 2nd December 1959 in Mumbai, India. After successfully completing his graduation from Mithibai College Mumbai, he worked as a room service staff and waiter for Taj Mahal Hotel. Irani, though, had to resign from this job and return to his Mom’s bakery in Mumbai on account of her poor health.

Boman Irani also tried his luck at photography amid 1987 and 1989 years. He fostered a huge passion for Indian cinema since his college and learned proficient acting under the supervision of Hansraj Sindhia.  Since then, he developed his interest in British theatre and discovered different accents. He got married to Zenobia in the year1985 after dating for more than 3 years. They have two sons, Kayoze Irani and Danish Irani. He is a devotee of Zoroastrianism. Boman Irani’s counselor was a professional theatre actor named Alyque Padamsee who is primarily recognized for playing the character of Mohammad Ali Jinnah in classic biographical movie, Gandhi.

Irani started his career in theatre and afterward moved towards films in the year 2000. He gained attention for his splendid character in the comedy movie “Munnabhai MBBS”. Since then, he has acted in “Lage Raho Munna Bhai” for which he received Filmfare award. Boman Irani has appeared in a number of megahit movies Like “DON”, ”3 idiots”, “No entry”, “Housefull 2”  and “DON 2″ for which he received numeorus  awards. He also performed in Tarun Manshukhani’s film Dostana starring Priyanka Chopra. Although the movie was a big commercial success, Boman Irani’s presence in the movie went without any praising from viewers. Post Dostana, he appeared in a number of unremarkable roles, a pattern which was ultimately broken with Raj Kumar Hirani’s blockbuster 3 Idiots.