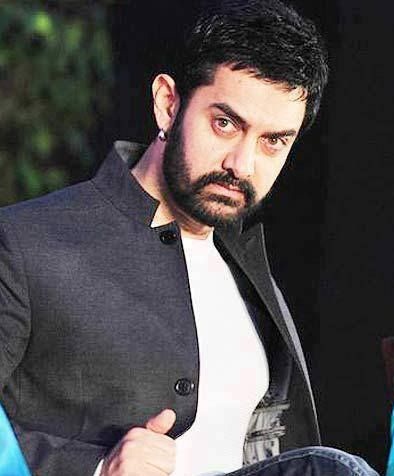 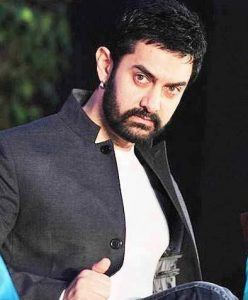 Aamir Khan is one of the most versatile and influential Bollywood actors. He is an Indian actor, director, producer and television host. His full name is Muhammad Aamir Hussain Khan and stage name is Aamir Khan. He was born in March 14, 1965 in Mumbai, Maharashtra, India to Tahir Hussain (a film producer) and Zeenat Hussain. He has one of the huge fan followings in the world, especially in India, China and Hong Kong. He’s arguably the biggest superstars of this generation, with the overseas cinema success of PK, Dangal and Secret Superstar, all three films which were all well-received in China.

Khan made his acting debut as a child actor in Yaadon Ki Baraat which released in 1973. It was a film of his uncle Nasir Hussain. He began his acting career as a adult with Holi (1984) and then crossed a big milestone into the film industry with Qayamat Se Qayamat Tak (1988), as its lead character. That’s how Aamir Khan’s most successful acting career began and it took firm roots through 1990s. It was in this decade that he further laid strong foundation of his acting career, as he appeared in a number of commercially successful movies such as Dil (1990) and Raja Hindustani (1996). For his performance in the latter, he earned Filmfare Award for Best Actor.

Aamir has his own film production company called Aamir Khan Productions, whose productions include Lagaan (2001) a movie that earned a nomination for Academy Award for Best Foreign Language Film and won him a National Film Award for Best Popular Film and two more Filmfare Awards (Best Actor and Best Film).

By profession, Aamir Khan has several titles including actor, director, producer, talk show host, social activist and humanitarian. He is most famously known for his acting in various Hindi movies. He gained recognition through 1990s with movie hits such as Dil (1990) and Raja Hindustani (1996). Aamir Khan belongs to a family whose many members are related to the Hindi film industry; for example, his paternal uncle Nazir Hussain was a producer-director. And it was in his movie, Yaadon Ki Baraat (1973), that Aamir made his acting debut in as a child.

Aamir Khan’s acting career has been one big journey. He has so many movie credits to his name, for his acting services. He is one of those actors known for releasing one movie in the span of 1-2 year, that goes on breaking records and setting new ones. His recent movies PK, 3 Idiots and Secret Superstar have all been very well received, both critically as well as commercially. Aamir Khan’s movies make huge waves in China and Hong Kong, and millions of revenue has been made in China.

Dil, Raja Hindustani & 1990s: It was in 1990s that Aamir Khan’s acting career firmly established itself. During this decade, he starred for several movies. Some were successful, others dwindled right after released. He also appeared in hit movies such as Dil (1990), Dil Hai Ke Manta Nahin (1991), Raja Hindustani (1996), Jo Jeeta Wohi Sikandar (1992), Hum Hain Rahi Pyar Ke (1993), and Rangeela (1995). He also co-starred with Salman Khan in a comedic movie, Andaz Apna Apna.

Lagaan & Dil Chahta Hai: In 1999, he founded Aamir Khan Productions and produced Lagaan (2001). Lagaan won 3 major awards, in which two were Filmfare awards and a National Award. It also won a nomination in the Academy Awards. After Lagaan, Aamir co-starred in Dil Chahta Hai along with Saif Ali Khan and Akshaye Khanna. Dil Chahta Hai was the writing and directing debut of the another film industry icon, Farhan Akhtar.

Mangal Pandey: The Rising: After the success of Dil Chahta Hai, Aamir took a 4-year break from film industry following his divorce with Reena Dutta. He made his comeback in 2005 with a lead role in the movie.

Rang De Basanti: In 2006, he starred in Rakeysh Omprakash Mehra’s award-winning Rang De Basanti, which became one of the highest grossing films of the year. Aamir Khan’s role was critically acknowledged and won him Filmfare Critics Award for Best Actor.

Ghajini, Taare Zameen Par & 3 Idiots: In 2007, Khan made one of the most iconic films of Bollywood, Taare Zameen Par (Stars on Earth). It was produced by Aamir Khan Productions and was a story of a dyslexic child and his teacher. Then in 2008, a action-thriller Hindi film directed by A. R. Murugadoss was released called Ghajini. Ghajini was such a major success that it rose to become the highest grossing film of the year and earned Khan many accolades and his fifteenth Filmfare Best Actor nomination.

Other Movies & Today: Aamir Khan later appeared in 3 Idiots as Ranchodas Chanchad, which became highest-grossing Bollywood film ever at the time and broke the record set by Ghajini. Following the success of 3 Idiots, Aamir Khan starred in the lead character role in Dhoom 3 which was a Yash Raj Films’ film. He appeared in several other highly successful movies such as PK, Dangal and Secret Superstar. All these movies were not only commercially successful in India, but in overseas as well. Aamir Khan is credited with opening China market for Indian films, a credit that goes in his name due to the success of 3 Idiots, PK, Dangal and Secret Superstar in China, Hong Kong and Japan.

Favorite Food: Mughlai & Baked Chicken (But he has turned into a pure vegetarian guy now)