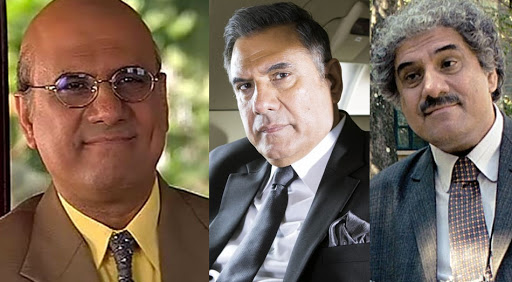 We have seen this man in many Bollywood superhit movies and we are sure Dr. Asthana’s character hits your mind. Sounds familiar? Boman Irani is a famous, talented actor, voiceover artist, and photographer who predominantly works in Hindi films and theater. He has acted in many films but mainly known for appearing as Dr. Asthana in the blockbuster movie ‘Munna Bhai MBBS’ starring Sanjay Dutt, Arshad Warsi, and many other notable stars who played pivotal roles. While debuted through a horror film named ‘Darna Mana Hai’ released in 2003. Since then, he is doing a great job and gave wonderful films. Another blockbuster is ‘3 Idiots’ starring Aamir Khan and Kareena Kapoor Khan, among others, Mona Singh, Sharman Joshi, and others played vital roles. However, let us give it a read to know more about the most talented man!

At the age of 35, the most acclaimed actor, Boman Irani started his acting career. He acted in many theatre plays and theatre groups before entering the Bollywood film industry. In 2003, he debuted through a film named ‘Darna Mana Hai’ which was a horror-thriller film.

After working in many films, Boman Irani got famed for portraying significant roles in blockbuster movies including ‘Munna Bhai MBBS’ as Dr. Asthana and ‘3 Idiots’.

Here you will be amazed to know that prior to this acting venture, Boman Irani used to work as a waiter in Taj Mahal Palace and Tower where he served for two years. Also, he worked at Farsan shop for 12 years.

His brilliant performance as Dr. Asthana in the film ‘Munna Bhai MBBS’ lead him to get famed. There is no doubt that the man gave absolutely amazing performance in the movie.

At a very young age, Boman Irani was diagnosed with Dyslexia. Even he had ADHAD disorder and lisp in the early stages of life. That’s shocking! The actor has survived and overcome all these hardships.

Another amazing thing that we are sure many of us doesn’t know about the most celebrated actor. Adding to his list of jobs, Boman Irani is so talented as he is a professional photographer who covers various events.

It is said that Irani was a helping son as he served at Farsan Shop to help his mother. The store was owned by his family called ‘Golden Wafers’ which was located at Grant Road where he served for 12 years.

Adding another talent to his list of jobs, we got to know that Boman Irani is also a singer and performs in various stage shows. He is blessed with a melodious voice that enthralls the larger audience.