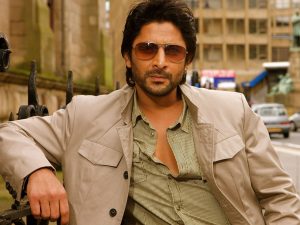 Whenever we talk about Bollywood celebrities, the name of most talented actor Arshad Warsi comes to our mind. Arshad is a very popular Indian film and television actor, he also a well-known producer and playback singer. Arshad was born and raised up in Mumbai, India.

Arshad belongs to a Muslim family. Warsi’s actual surname is ‘Khan’ but his father started to follow a holy man ‘Waris Pak’ that’s why they changed their surname to Warsi. His father Ashiq Hussain Warsi was a musician, singer, and also poet. Arshad completed his schooling from a boarding school ‘Barnes School located in Deolali, Maharashtra. Arshad was a member of a bike riders gang in his school days. When Arshad was 9 years old, he got selected for gymnastics training by two British men but his father didn’t allow him to train like a gymnast. When Arshad has 18, his father died because of bone cancer and after two years he lost his mother too.

Talking about his married life, Arshad was a judge at Malhar Festival where he met Maria Goretti. She was a participant. Arshad and Maria got married on 14 February 1999. His wife Maria is a former VJ and a blogger. They got blessed with a son Zeke Warsi in 2004 and a daughter Zene Zoe Warsi in 2007.

Arshad performed as the best dancer in 1991 and won the Indian Dance Competition. Later, Arshad wanted to become a choreographer so he established his own dance studio “Awesome”. He also appeared in a song Aag Se Khelenge as a dancer.

Later, Arshad got an offer by Jaya Bachchan to play a role in the film (Tere Mere Sapne) of Amitabh Bachchan’s production company.

Arshad also appeared in films such as Mere Do Anmol Ratan, Betabi, and Hero Hindustan. In 2001, Arshad appeared as a co-host on Zee Tv in a dance show ‘Razzmatazz’.

Arshad acted in a blockbuster comedy film Munna Bhai M.B.B.S in which he played the role of Circuit to Munna Bhai (Sanjay Dutt). This film became super hit in the box office and got many awards, It was released on 19 December 2003. In 2004, he got a role in another comedy film ‘Hulchul’, and in 2005 he acted in ‘Kuchh Meetha Ho Jaye’ opposite Mahima Chaudry, He portrayed the role of an airport manager.

Arshad Warsi has achieved so much popularity, love, and respect from all over India. Arshad has many awards for his remarkable performance. In 2004, he got Zee Cinema Award for Best Actor in a Comic Role for Munna Bhai M.B.B.S. In 2005, he won GIFA Best Comedian Award for film Hulchul. In 2007, he won Filmfare Award for Best Supporting Actor for film Lage Raho Munna Bhai. Besides awards, Arshad has a large number of appreciations and love from his fans.