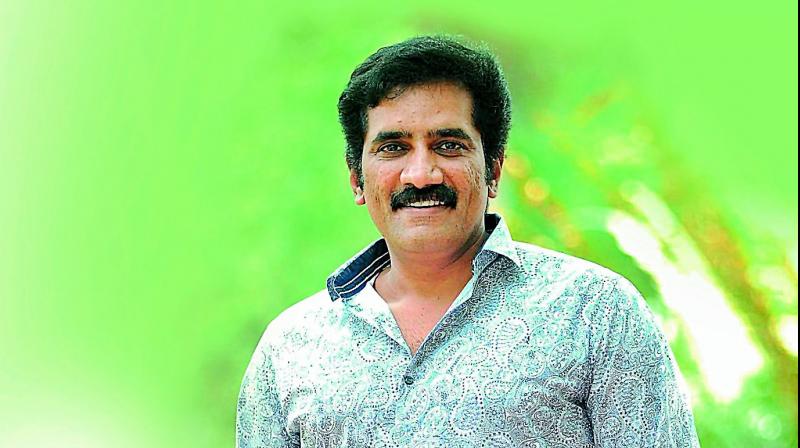 Rao Ramesh, an Indian actor, was born on 25th May 1968 and works in South Indian cinema. The actor has acted in many Hindi language films, such as; Telugu, Tamil, Kannada, etc. While he is predominantly working in the Telugu cinema, Telugu theatre, and television. He is such as talented star who has been enthralling a larger audience with his excellent acting prowess. He is mainly known for appearing in ‘Okkadunnadu’ which was released in the year 2007. Also, he gave a major breakthrough with a film named ‘Gamyam’ released in 2008. In the film, he portrayed the role of Naxalite and got critically acclaimed. The best is, film became the highest-grossing Telugu film of the year. Well, to know more about him, let us have a look!

The actor, Rao Ramesh’s notable work may include ‘Kotha Bangaru Lokam’ released in 2008. In 2009, he appeared in ‘Magadheera’ which was directed by Rajamouli. And the two became hits of the years.

2- Best Phase of his Career

Throughout the year 2010, the actor, Rao Ramesh became a popular supporting actor and everyone was being loved him. Even the actor considered it the best phase of his career.

Rao studied from Sri Ramakrishna Mission School in T.Nagar and later, he completed his degree in the field of Mass Communication. After completing his studies, he then joined the field of Photography.

Rao Ramesh was born on 25th May 1968 in Srikakulam, Andhra Pradesh, India. He was born to Rao Gopal Rao who was a veteran actor. Ramesh grew up in Chennai.

5- Worked as a Cinematographer

The actor, Rao Ramesh also tried his luck after joining K.S. Prakasa Rao as a Cinematographer. K.S. Prakasa Rao is a brother of K. Raghavendra Rao and Rao also joined him as an assistant before moving to Bangalore where he learned Industrial Photography.

During his leisure time, the actor loves spending time with nature. Also, he loves taking photos of every single object as he calls photography his first love.

Rao Ramesh appeared in a television series which was directed by Ghantasala Ratna Kumar, but the production of that serial shelved. Later on, he moved to Chennai and started acting in soap operas, such as; Kalavari Kodalu to name a few.

Rao Ramesh is a multilingual actor who has worked in Hindi language films, such as; Tamil, Telugu, and Kannada, He gave brilliant performances in films, television serials, and theatre plays for which he got huge appreciation.