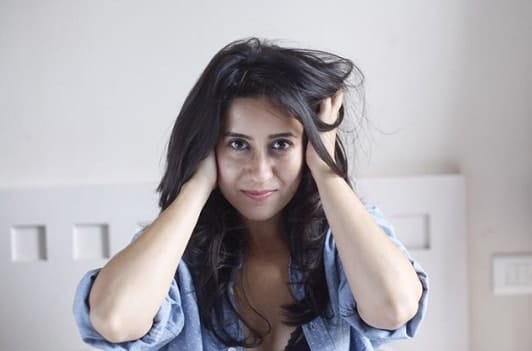 An actress, writer, and assistant director, 27 years old Sarah Hashmi is an Indian who rose to fame through her well-known web series Alisha and later on for her role in the comedy web series Not fit. Hailing from a Muslim family in Dehli, she has worked in various T.V commercials and has appeared on the big screen in movies like Dil Dhadakne do and Bombay Talkies. She debuted as an assistant director in the movie Mickey Virus. She has worked in various short films such as Choti, Bebak, and Parikatha. Recently, she worked on Operation MBBS season 2, a web series about sacrifices made by medical practitioners during the pandemic. Well, let us dig out some lesser facts to get to know more about the gorgeous, talented star!

Sarah has a unique fashion sense which makes her stand out from others and avoids copying her peers. She tries to create her own style according to how she likes herself.

Sarah Hashmi is a great writer and she writes various blogs and editorials in Newspapers such as The Indian Express. She is planning to write her own scripts as well.

Sarah became embroiled in the Padmavat controversy when she wrote an article Once upon a Queen in The Indian Express, supporting Deepika Padukone and how the movie should be shown since it is only a story, true or not.

Sarah Hashmi received the Filmfare Best Actress Short Fiction award in 202 for starring in the main role in the sort film Bebak which focuses on the societal pressures faced by a woman.

Sarah is inspired by the directors, actors as well as the script to work and grow as an actor. She finds it hard to reject any script as she believes every script has something to offer and can be a success with the right people. She wants to work with such scripts and take them to great heights.

Sarah decided to be a part of the Web series because she wanted to experience the challenges faced by a studious student as she had never been one herself. She plays the role of Huma who is a bright studious girl faced with all kinds of vices during college life.

8- Message to the newcomers in the field

Sarah believes that choosing a script is a game of chance. Young people should not sit and wait for opportunities to come their way but rather go out and catch them. Hit and trial will eventually help them master their profession.