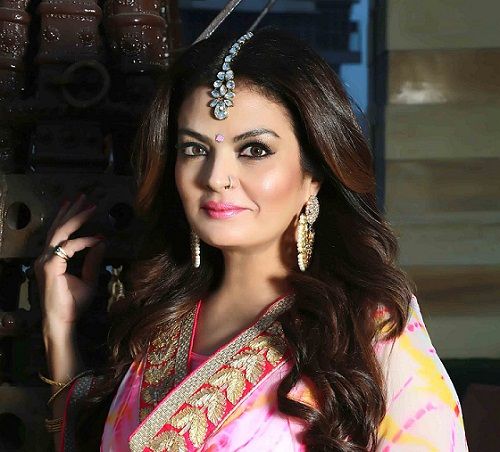 A former Indian actress, Sheeba Akashdeep, has worked in Hindi cinema and did many films, but she is among the ones who did not get much success during her film career. During the 90s, she took the start of her career and made a Tamil film debut ‘Athisaya Piravi’ released in 1990. Since then, she appeared in many films and television serials. She also made a presence in the Bollywood film industry where she did many film projects alongside Rahul Roy, and others. She made a comeback as a producer and produced a television show named ‘Bhoot Ayaa’. However, still, there is much more to know about the forgotten actress. So, let us have a look at these unknown things!

From 2003 to 2004, the actress tried her luck working on the small screen and made a television debut serial through ‘Karishma- The Miracles of Destiny’ which was aired on Sahara One and she appeared as Amirta.

Apart from films and television serials, the actress Sheeba Akashdeep also made appearances in many television commercials and fashion shows as well.

The actress has also blessed with a melodious voice and you will be amazed to know that she is going to drop her signing album.

When it comes to her love, Sheeba Akashdeep never forgets to express her love for pet animals as she loves to live with her pets.

A very few people know that Sheeba Akashdeep is a fitness lover and practices yoga as well to stay fit and healthy. Also, she is an RYS/200 Alliance certified Yoga teacher.

Sheeba Akashdeep worked alongside big stars including Rahul Roy, Salman Khan, Ravi Behl, and the veteran actor Rajinikanth, and many others.