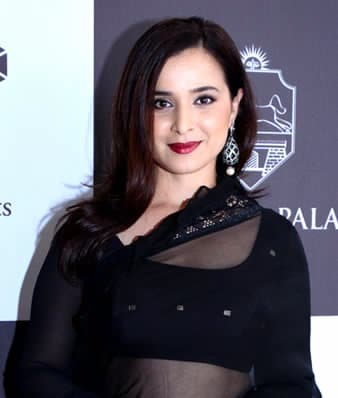 Simone Singh is an Indian Television and Film big shot. She has seamlessly made her way to the top, role by role, and eventually hit by hit. The stunning diva, who was the first Indian Tv actress to present at the International Emmy Awards in NYC. Her character choices leave the audience coming back for more. Here we are telling you that Simone is the one who appeared in the most-watched Indian television serial named Henna’ in which she portrayed the role of Heena. In the serial, she gave a brilliant performance for which she got huge acclaim in her acting career. Even she is still remembered for that role as she is loved by everyone. However, here we have compiled some lesser facts to get to know more about the gorgeous lady. So, just have a look!

Born on November 10th, 1974 in Jamshedpur, Jharkand India, Simone Singh is the daughter of former cricketer Daljit Singh and Krishna. Her heritage thus is Sikh-Bengali. She is an elder sister to Dipannita.

Simone graduated from the D.B.M.S English School in her hometown. She attended the Jesus and Mary College in Delhi and then pursued a degree in English Literature.

Between 1990 to 2000 she modeled on and off, appearing in several commercials for Pantene, Nirma, Lakme, Santoor Soap, Ultra Doux Shampoo, Samsung, etc.

After securing her education, she worked for a TV production house for 2 years and kept modeling on the loop. The tv series Sea Hawk was her TV debut, followed by a small role in Swabhimaan (1995). She made her film debut in Ek Rishtaa: The Bond Of Love (2001).

The actress rose to fame for her role in the classical Kal Ho Na Ho (2003) and a guest appearance as Camilla in Kabhi Khushi Kabhi Gham (2001). She is also known for playing Sakshi Goenka, a malicious female protagonist in the television series Ek Hasina Thi.

For her character in Heena, Simone was nominated twice as Best Actor in a Lead Role (Female) at the Indian Telly Awards 2002 and 2003. In the same latter year, she won the Best Supporting Actress for Sur- The Melody Of Life, and many others are on the list.