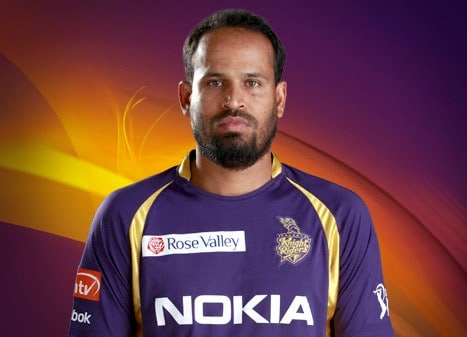 Yusuf Khan Pathan has established himself as one of the most powerful cricket ball hitters in both domestic and international cricket. He is a classic lower middle-order batsman, capable of giving the innings a powerful push in the slog overs while also having an incredible ability to clear the ropes.

Yusuf Pathan, Irfan’s older brother, debuted on the international stage after Irfan. As a cricket enthusiast, you may be interested in We’ve listed some interesting facts about this excellent cricketer below.

Yusuf Pathan was born on November 17, 1982, in Gujarat, to the Pathan family, who are of Pashtun (Pathan) origin. Mehmood Khan Pathan, his father, was the muezzin. Despite their parents’ wishes for them to become Islamic scholars, Yusuf and his brother developed a passion for cricket.

It is never easy to achieve success. Yusuf Pathan is a prime example of this. He went through 6 hours of intensive training each day before being mentored by former Indian captain Datta Gaekwad. In the 2001-2002 season, he made his first-class debut.

Yusuf Pathan made his T20I debut against Pakistan in the 2007 World T20 finals, which went unnoticed by many. He hit a six-run home drive and scored 15 runs.

During the inaugural edition of the IPL, Yusuf Pathan was in top form. Rajasthan Royals’ Yusuf Pathan hit a century off just 37 balls against Mumbai Indians. Yusuf Pathan held the record for the fastest century until Chris Gayle shattered it four years later with a 30-ball century.

Yusuf Pathan was also the subject of a highly controversial dismissal. While playing for the Kolkata Knight Riders in the IPL 2013 versus Pune Warriors India, he became the first batsman to be sent for blocking the field in T20 cricket.

Yusuf Pathan slapped a fan for making filthy comments during a Ranji Trophy match between Baroda and Jammu & Kashmir in 2014. For his altercation with the jeering spectator, Yusuf Pathan received a match ban.

Pathan led West Zone to a three-wicket win over South Zone in the 2010 Duleep Trophy final, scoring 108 in the first innings and 210* in 190 balls in the second. This became the highest successful run chase in first-class cricket history, setting a new world record.

Yusuf and Irfan just opened their dream business, the Cricket Academy of Pathans, in their hometown of Baroda. [1]