Nivetha Thomas was born on November 2, 1995, in Kannur, Kerala, India. She is 24 years old. The actress lives in Chennai, Tamil Nadu, in India, her school was Montfort Higher Secondary School Chennai. From SRM University, she is completing her degree in Bachelor of Technology in Architecture. Her parents belong to Malayalam.

In 2002, cinemagoers saw Nivetha Thomas in Uthara, but she was a kid then. She acted in Veruthe Oru Bharya, a Malayalam movie, the actress portrayed her acting skills in the more cinematic experiences from the Malayalam film industry. For example, Chaappa Kurishu, Madhya Vena, and Pranayam. Nivetha Thomas played a small but vital role in Thattathin Marayathu in 2011. Her character in this movie was a fresh breath of air for the protagonist characters of Isha Talwar and Nivin Pauly. In 2008, with the action movie Kuruvi, she entered the Tamil movies. The actress showed her acting chops in a large number of Tamil ventures. For instance, Poraali, Rajadhi Raja, and Jilla. In 2015, audiences saw the actress in a Tamil cinematic experience alongside Kamal Haasan called Papanasam.  Nivetha Thomas entered Tollywood through Juliet, Lover of Idiot. In 2016, her Gentleman shinned on the big screens. Fans were able to see Surabhi and Nani significant characters in this movie that had love and suspense. She entertained the audiences through her praiseworthy acting prowess in 118 in 2018. This year, fans will see the actress on the silver screens with Darbar. Nivetha Thomas appeared in a film, for example, Brochevarevaru, in 2019, she acted in Jai Lava Kusa and Ninnu Kori in 2017. The actress performed in Naveena Saraswathi Sabatham in 2013. In Sun TV drama My Dear Bootham, the audience could not stop raving about the talent of Nivetha Thomas. Everyone loved her endearing and brilliant performance of a child artist.

Nivetha Thomas had won a couple of prestigious and honorary awards for her first Malayalam movie called Veruthe Oru Bharya. The actress won the Film fare Award for the category of the Best actress. Nivetha Thomas won it for Gentleman. 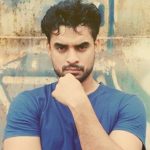