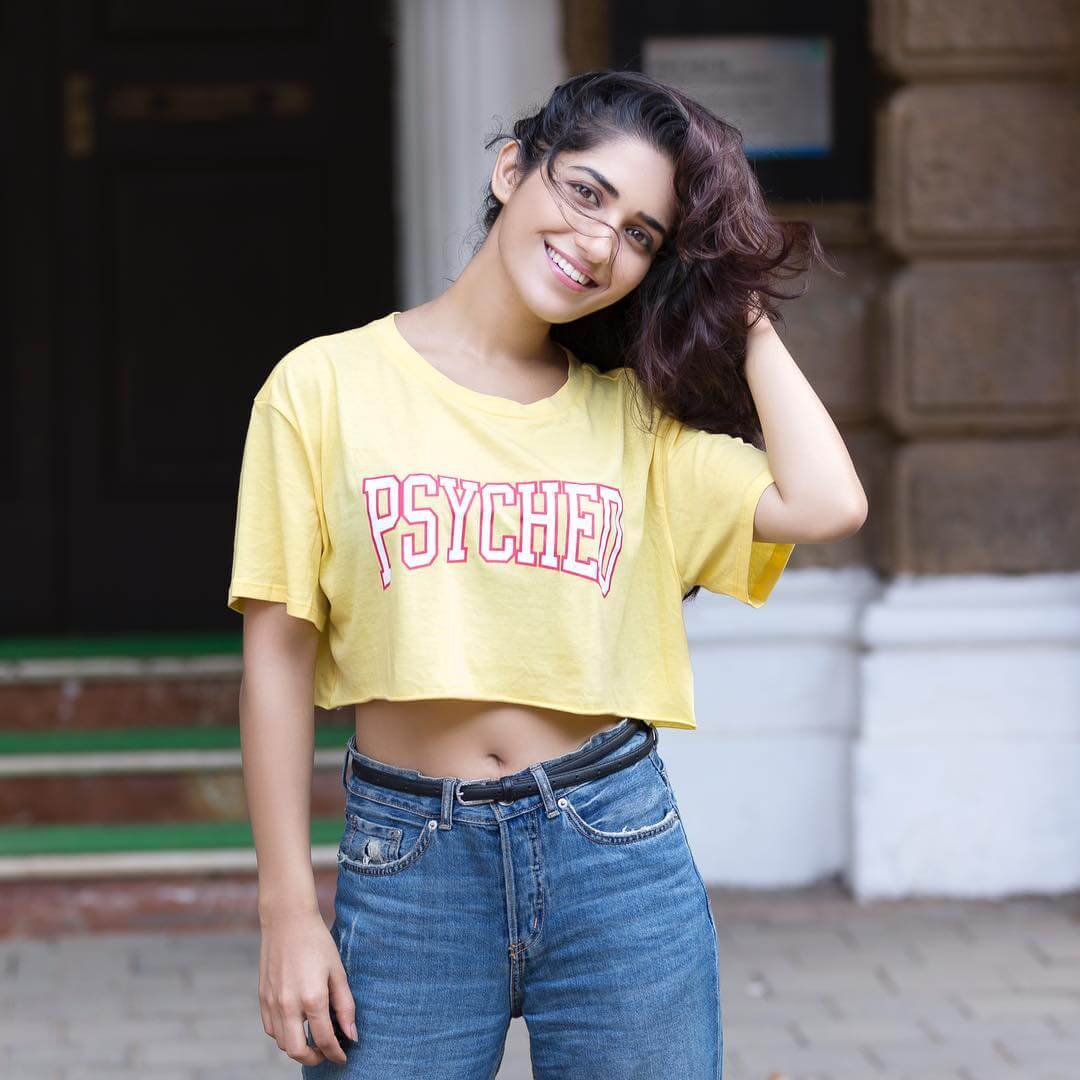 Ruhani Sharma is a well-known face of the Punjabi film industry as she is a great actress and model. She got much recognition after appearing in the Punjabi music video “Kudi Tu Patakha”. Also, she has done various modeling assignments for many notable brands. She was born on 18th September 1994, hailing from Himachal Pradesh, India where she grew up and studied. She did graduation in Public Administration. Later, she discovered her interest in modeling and acting as she was so passionate since her childhood. During college, she took various modeling assignments. She is born to Subhash Sharma and Praneshwari Sharma and she has a sister, Shubi Sharma.

In 2013, Ruhani Sharma took the start of her career as a model and has appeared in a Punjabi music video song “Kudi Tu Patakha” in which she was seen alongside Punjabi stars including Ammy Virk, A. Kay, and others. The song got much popularity from the viewers and music lovers. Since then, she appeared in many music videos including “Meri Jaan” by Pankaj Ahuja,” Classroom” by Kulbir Jhinjher, “Date” Ammy Virk, “Bullet Vs Chamak Chalo” by Ammy Virk. Meanwhile, she auditioned for many roles to appear in the movies and TV serials. But, she didn’t get selected, and then, she started appearing in TV advertisements. She has appeared in various commercials including Parachute Oil, Tomato Ketchup, Close-Up, GRT Jewellers, Kalyan Jewellers, and much more. In 2017, she made her Tamil debut movie “Kadaisi Bench Karthi” which was a rom-com movie in which she played the role of Nithiya. In 2018, she made her Telugu debut movie “Chi La Sow” in which she appeared as Anjali. In 2019, Ruhani Sharma made her Malayalam debut movie “Kamala. One of her interviews, Ruhani Sharma revealed that she found inspiration from her mother. Also, she revealed that she is a fitness freak and loves to work out daily.

Ruhani Sharma has achieved fame and much recognition after appearing in the debut music video “Kudi Tu Patakha” in which she was seen alongside other co-actors.