Shweta Basu Prasad is a young, high-spirited actress, born on 11th January 1991, hailing from Jharkhand, India but later, she moved to Mumbai along with her family. It was the time when she was a child. She is the daughter of Anuj Prasad( father) and Sarmishta Basu Prasad (mother). Originally, she is from West-Bengal. His father did a diploma in direction and acting from Shreeram Centre. While his grandfather worked as a Chief Operating Officer in the Intellectual Bureau and later he got retired. Shweta Basu Prasad did commerce and later did graduation in Mass Media and Journalism. Besides, she also wrote columns for many dailies.

Shweta Basu Prasad took the start of her career as a child actress and exclusively works in the Hindi cinema. She acted in various movies and series and also appeared in Telugu, Bengali, and Tamil movies. She worked as a child artist in the winning-award movie “Makdee” for which she got the National Film Award in 2002. It was her first movie and later, she got many offers to work on different projects. She also worked in several TV series and movies as well. In 2005, she appeared in the movie “Iqbal” which was directed by Nagesh Kukunoor. For the best performance, she was honored with the Best Supporting Actress Award at the 5th Karachi International Film Festival. Later, she took a break for completing her studies. After graduation, she again joined the industry and made a documentary after proper research. From 2012 to 2016, she made a documentary and spent four years of consistent efforts to make it. The documentary features big music stars including A.R Rahman, Pandit Hari Prasad Chaurasia, and others. While the documentary consisted of 10 minutes. She also learned playing Sitaar. As she is a music enthusiast, she has fond of learning music. In 2008, she made a Telugu debut movie named “Kotha Bangaru Lokam” and later appeared in many Telugu, Tamil, and Bengali movies. She has worked in the Bollywood movie “Badrinath Ki Dulhaniya” starring Varun Dhawan. Whereas she has been working on various film projects and also appearing on various TV series.

Among various honors and awards, Shweta Basu Prasad was honored with the National Film Award for the category of Best Child Artist for the performance in the movie named “Makdee” in 2002. 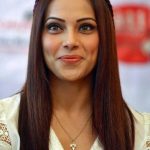