Sheetal Thakur is a multi-skilled, vibrant artist who is blessed with acting and amazing modeling skills. She has been working in the industry as an actress and model and won the hearts of many with her charismatic and appealing looks.  She has appeared in various movies and mainly known for the role played in movies including “Lootera” released in 2013, and “Bambukat” released in the year 2016. While she is also known for being a fiancée of the famed film and TV actor, Vikrant Massey. She was born on 13th November 1991, Dharamshala, India.  She did B-Tech (Information Technology) from the University of Delhi.

Initially, she took the start of her career with modeling and did various modeling assignments for notable brands. Her modeling skills are enough to steal the hearts of her die-hard fans and indeed, she has been enthralling her fans with her amazing looks. While doing modeling in 2012, she did a few commercials and also modeled for print and television commercial advertisements. She also modeled for Airtel, Sony Ericson, and other brands. Alongside modeling, she worked as an engineer in Havels in Delhi, India. However, she didn’t get satisfaction so she wanted to more creative. She then decided to join the entertainment media industry where she gave several tryouts for TV serials. And she also gave auditions for movies. Later in 2016, she got a chance to work in the Punjabi movie named “Bambukat” in which she portrayed the role of Sammi. Since then, she frequently appeared in various movies. Meanwhile, she also walked on the ramp for Satya Paul and did a jewelry shoot for the well-known jeweler Ruhee Nanda. Later, she appeared in the web series named “Upstarts” and also made an appearance in another web series named “Brij Mohan Amar Rahe” and “Chapad Phaar Ke”. 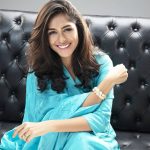 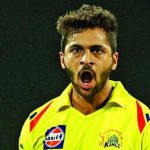