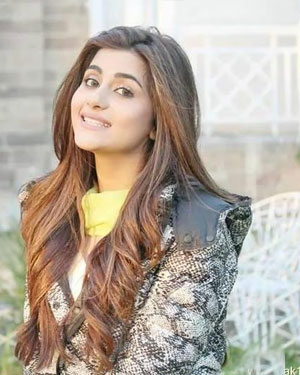 Sohai Ali Abro is an elegant, confident Pakistani star whose skills are not just limited to acting, yet she is such a great dancer and model as well. The gorgeous actress has performed in many TV serials and films. Alongside this, she has performed in various concerts as a dancer. Also, she worked as a model for many notable brands. Undoubtedly, Sohai Ali has the ability to win the hearts of many with her incredible talent. She is mainly known for the role played in the serial “Saat Pardon Mein” which was aired on Geo TV in the year 2012. Moreover, she belongs to a Sindhi family and born in Larkana, Sindh, Pakistan.

Sohai Ali Abro took the start of her career with a debut serial “Saat Pardon Mein” which was aired on Geo TV in the year 2012. She became popular for that role and after gaining fame, she apparently appeared in various serials and marked her own identity in the Pakistan film and entertainment industry. She has done various modeling assignments for prestigious brands and also worked as a model for well-known fashion designers. Among various projects, some of them include “Khoya Khoya Chand” (2013), while in the same year, she appeared in “Kuch Rishtey Adhooray Se”, (2013), “most-watched serial “Pyare Afzal” which was aired on ARY Digital. In the year 2013, she made her film debut “Anjuman” which was a sequel of “Anjuman” (1970), and fortunately, she won the Best Supporting Actress award for the movie at Tarang Houseful Awards. Moreover, she has won several awards and also earned a few nominations as well. While among other movies “Jawani Phir Nahin Aani” (Both 2015), “Motorcycle Girl” (2018), is notable for which she was honored with a Lux Style Award for the category of Best Film Actress (Critic’s Choice). Apart from this, she has done various commercials including Shan Pickle, Coca-Cola, Pepsi, Mobilink, and others.

Sohai Ali Abro was honored with a Lux Style Award and Tarang Houseful Award for the supporting and Best Film Actress categories.