Kumaravatha Srinivasa Reddy, popularly known as Sriman. He is an actor, hailing from India and worked Telugu and Tamil cinema. He had given the best performances during his career life and won the hearts of many with his amazing acting prowess. He is mainly known for “Friends” which was released in 2001. He was born on 14th February 1972, India, and the son of a famed producer Prakash Reddy.

In 1975, Sriman started his career as a child artist, and being a passionate boy, he always wanted to be an actor. Also, he learned a dance form “Bharathanatyam” from his dance masters “Vasantha” and film dance from Sivashankar, Raghu, and Kala. Apart from this, he is a trained horse rider and also got trained in martial arts from Master Sekar and gymnastics Silambam from Gopal and Pandian.

Later, he started his acting venture working in several movies and made his Tamil debut movie “Pudhiya Mannargal” for which he earned huge fame and recognition. Since then, he frequently appeared in a large number of movies. He also made a Telugu film debut “Dongalunnaru Jagartha” in which he gave a wonderful performance.

Some of his best movies are “Love Today” which became a turning point for him in his career. In the 2000s, he appeared in Kamal Hassan’s comedy movies, such as; “Pammal .K. Sambandam”, “Panchathantiram” and Manmadan Ambu”.

Besides acting, the most talented actor has worked as an assistant dance director and a production executive in his Brothers Company. Later, he launched his own production house and produced 24 Tamil and Telugu movies. While he acted in “Sethu” released in 1999, “Friends” released in 2001, “Pokkiri”, released in 2007. “Aegan” released in 2008, “Muni 2: Kanchana” released in 2011 and others are worth sharing to watch.

Sriman has earned huge fame and success throughout his career life and he calls it the major achievement of life.

Known For: Work On Tamil and Telugu language films 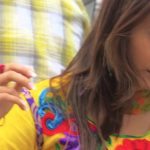