Vanessa Lachey is a popular American actress, beauty pageant titleholder, fashion model, and television host. She received the best recognition as Miss Teen USA in 1988 and has been a New York-based writer for Entertainment Tonight and hosted Total Request Live on MTV.

Vanessa Lachey has starred in two network sitcoms and has hosted various competitions and reality shows through the 2010s and 2020s. She holds the lead role of Jane Tennant in the spinoff NCIS: Hawaiʻi (TV series, 2021).

She was born to parents, Vincent Charles Minnillo and Helen Ramos Bercero. Vanessa has an adopted brother two years older named Vincent Jr. Her father moved the family often because of his service in the Air Force. So, she lived in Washington, California, Nevada, Florida, Germany, and Japan and studied at eight schools in nine years. But her parents separated in 1986 and her mother left the family when she was nine years old.

Vanessa Lachey studied at the Roman Catholic Bishop England High School and was a cheerleader and attended Our Lady of the Assumption Catholic School, in San Bernardino, for one year. In 2020, she appeared in the reality television series Love Is Blind. She played in the game show Wipeout (TV series, 2008-14).

College: Our Lady of the Assumption Catholic School 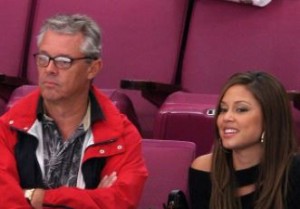