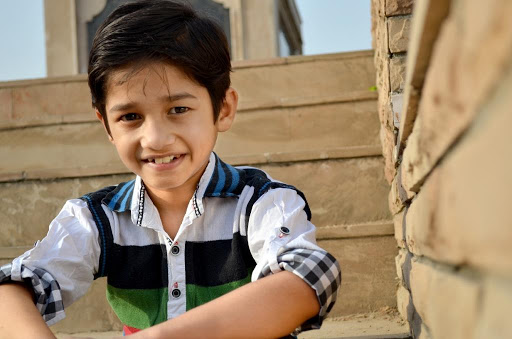 Vedant Sinha is an Indian child star who is popular for appearing as Atharv on the television web series titled ‘The Family Man’. In the TV webseries, the little champ has given a remarkable performance and has won millions of hearts.

Sinha was born on 18th Feb 2009 in Indirapuram, Ghaziabad, India. According to his date of birth, the actor’s zodiac sign is Aquarius. He completed his schooling from St. Francis School Indirapuram in Ghaziabad.

Vedant Sinha comes from a Hindu family He was born to Amit Sinha and Shalini Saroj. He has a younger brother named ‘Vivaan Sinha’.

The little angel started off his career by taking part in various dance and acting competitions. In 2016, Vedant Sinha took part in the dance competition and won the TV show ‘Dancing War- Junoon Dance Ka’. It was aired on Sadhna TV.

Sinha was auditioned among 20000 children and emerged as a winner of the show. It’s so impressive! In the same year, he took part in E24s show No.1 Dramebaaz- Season 2 in which he became the second runner-up.

In 2017, the young star started modeling and participated in ‘Namaste India’. Among various achievements, Sinha won the Online Dance Competition USA- season 7 in the classical category.

Vedant Sinha has acted in many films, short films, and webseries in which he has given wonderful performances.

During his career, the young star, Sinha has won the Natraj Ratan Award in the field of entertainment in 2016. Also, he has won more than 25 dance competitions.