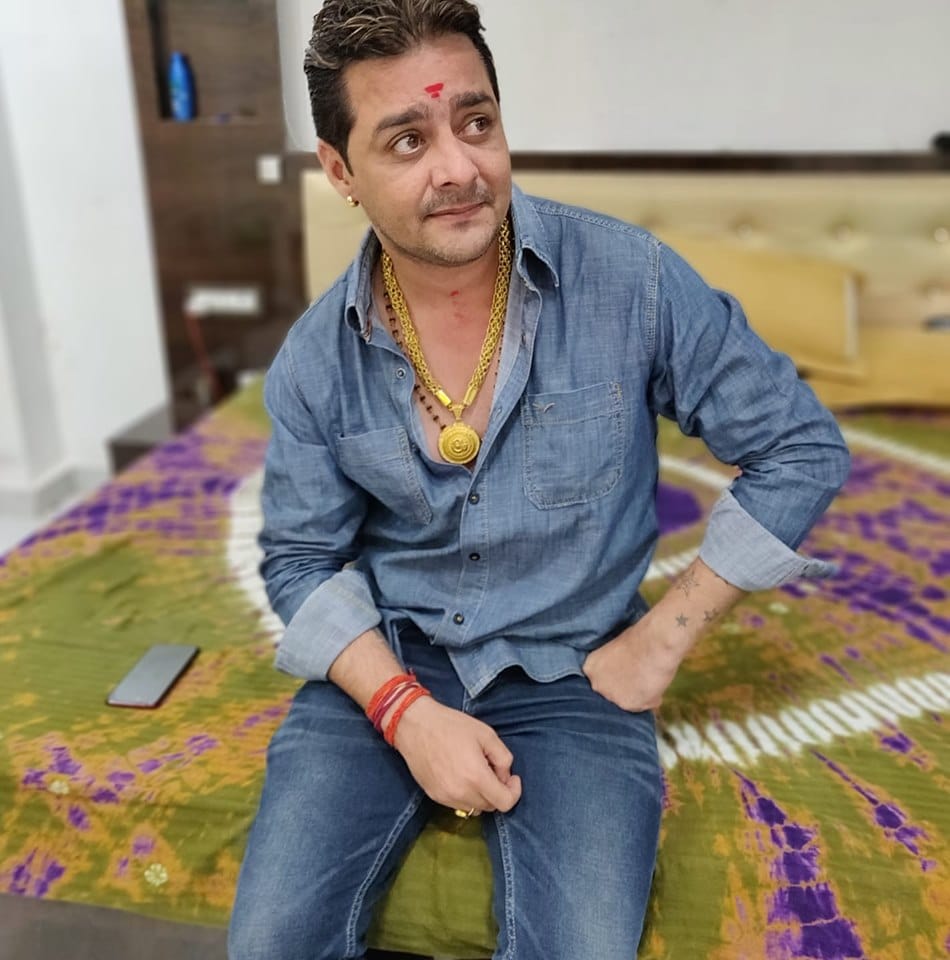 Hindustani Bhau aka Vikas Jayaram Pathak, popularly known as Vikas Pathak. He is an Internet sensation and became famous for making YouTube videos with abusive content. Mainly, the Indian and Pakistani wranglings are portrayed in his videos in Munna Bhai style.

Vikas Phatak hails from Mumbai, India where he lives with his family. He shares strong bonding with them. He is married and has a son named Aditya Pathak. Vikas faced financial issues in his childhood as his father was jobless. At the time, he was just 7 years old.

Pathak studied at St. Andrew’s High School in Mumbai, later, he left the school in 7th standard due to his financial conditions at home, but he didn’t tell this his family. He wanted to assist his father, so he bunked schools and did many temporary odd jobs.

Initially, Vikas Pathak worked in Khar Gymkhana as a ball boy at the tennis court. Later, he worked as Chottoo as a dishwasher and cleaner at a ladies’ bar in Santacruz. Also, he sells incense sticks in the train. He worked at Saree Shop and garage as well.

He used to stay in a hut on a rental basis. After a long struggle now he has his own house and flats, private bungalows, personal Ferrari car. He has a bike collection also. He likes Royal Enfield in bikes.

Vikas Pathak started off his career through social media and started making videos on India and Pakistan wherein he uses slang language in a Munna Bhai style. He became popular among netizens because of the abusive content of the videos.

In his videos, Vikas Pathak uses slang words, but people enjoy watching his videos. Among many, his most popular dialogue is ‘Nikal La De! Pehli Fursat Se Nikal’. Such kinds of dialogues are loved by his millions of fans.

Pathak is a man who is blessed with a huge fan base following on all his social media handles. On his YouTube channel, he has more than 450K subscribers who love to see his videos.

Vikas Pathak’s aim to shoot these kinds of videos is that he wants to give up a shut-up call to those who abuse India. Well, the Indian nation is very happy to see their champ’s videos.

During his social media career, Vikas Pathak got amazing feedback from people. He has been getting praised for making such kinds of videos and people are in love with his content. There is no doubt that he has achieved immense popularity in his career life.

Known For: Hindustani Bhau and YouTuber