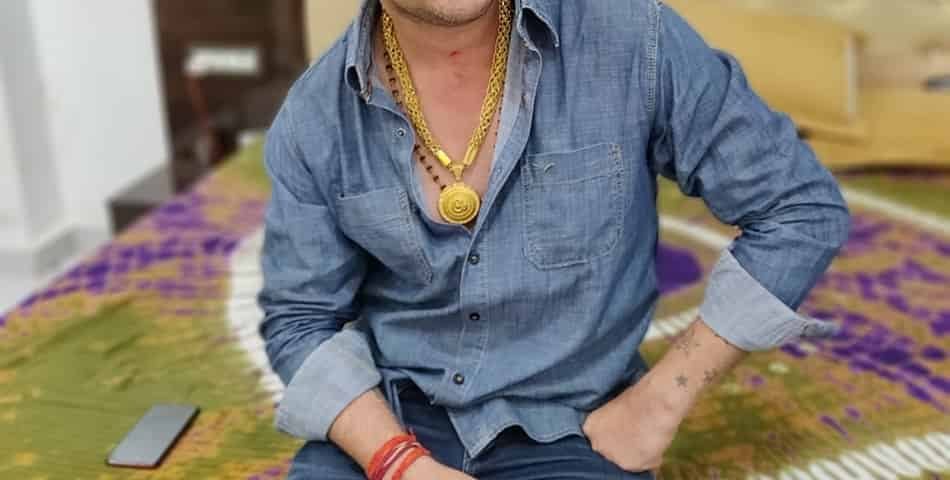 Vikas Jayaram Pathak, mainly known as Vikas Pathak, known for being a YouTuber. While he is popularly known by his stage name ‘Hindustani Bhau’, who took the part of a contestant in the reality television show named ‘Bigg Boss’ season 3 (Hindi) hosted by the Bollywood superstar Salman Khan. Pathak was born on 6th August 1979 in Mumbai, India where he grew up and studied. He basically comes from a Hindu family in Maharashtra, India. After completing his studies, he then took start his career as a YouTube star and television personality. Later, he became famous by Hindustani Bhau (Bhai). In 2019, he came under the spotlight after appearing as a contestant on the reality television show named ‘Bigg Boss’ season 13. Well, this does not end here as we have compiled some lesser facts to know more about him.

Apart from being a social media influencer and YouTuber, Vikas Pathak is doing a great job as he is also established himself as the best television personality and this way, he gained immense love and much popularity.

Vikas Pathak is an avid social media user as being a YouTuber, he has earned more than a million subscribers on his YouTube channel ‘Hindustani Bhau’. He is mainly known for the slangs used in his YouTube videos.

He mostly posts a variety of videos regarding Nation Interest and that is the reason he is also known as Hindustani Bhau as his YouTube channel’s name suggests itself that he is a kind of patriotic man who loves making nation-related videos.

During his spare time, the social media star celebrity loves making videos for his YouTube channel, and also, he loves watching movies and listening to music.

Vikas Pathak had a financial crisis as he is the boy of a poor family and that’s the reason he dropped out from his studies when he was in 7th standard. Afterward, he did many odd jobs for his survival. Even he worked as a ball boy at the tennis court.

Before establishing his career, Vikas Pathak worked at a dance bar which was located in Mumbai where he cleaned tables and dishes. Also, he worked as a news reporter at Daksh Police Times (a local newspaper in Mumbai).

The entertainer, Vikas Pathak also started his NGO named ‘Aditya Yuva Prathisthan’ which aims to help the poor people of the society. It seems he is a philanthropist who loves helping poor people.

In 2019, Vikas Pathak also took part in the reality television show named ‘Bigg Boss’ season 13 where he created a lot of buzz at that time inside the Bigg Boss house. This helped him to come under the spotlight.