Ranbir Kapoor is a renowned Indian Bollywood actor. He was born in Mumbai, India on 28th September 1982. Ranbir is the son of former superstars Rishi Kapoor and actress Neetu Singh. He is the grandson of famed actor and film director Raj Kapoor. Ranbir belongs to a Punjabi origin family.

Ranbir Kapoor completed his school education from Bombay Scottish School Mahim, and afterwards pursued with Method Acting at Lee Strasberg Film Institute in New York. Prior initiating his career in acting, Ranbir starred in two short movies “India 1964” and “Passion to Love”. He afterwards started working with film director Sanjay Leela Bhansali as an associate. Ranbir Kapoor assisted him the production of the movie “Black”.

In the year 2007, Ranbir Kapoor made his first Bollywood appearance with the movie “Saawariya” alongside uprising actress Sonam Kapoor. The movie was directed by Sanjay Leela Bhansali, though failed to earn well on Indian box office. However, Ranbir’s stunning acting enabled him to win a Filmfare Award for the Best Male Debut for this movie. In the year 2008, he was appeared in Siddharth Anand’s movie “Bachna Ae Haseeno” opposite Bipasha Basu, Deepika Padukone and Minissha Lamba. The movie was an average hit on Indian box-office.

In the year 2009, Ranbir Kapoor starred in three films. The first movie was “Wake Up Sid”, in which he appeared alongside Konkona Sen Sharma; the movie was a viable success. Ranbir’s second movie was “Ajab Prem Ki Ghazab Kahani” alongside Katrina Kaif. It was one of the leading hits. Ranbir’s third movie was “Rocket Singh – Salesman of the Year”. In the year 2010, Ranbir Kapoor appeared in a multi-starrer political thrilling movie titled “Rajneeti”. In the same year, he starred in Siddharth Anand’s “Anjaana Anjaani” opposite Priyanka Chopra which was a fair success on Indian box office.

In the year 2011, Ranbir featured in the movie “Rockstar” alongside fabulous actress Nargis Fakhri. His remarkable acting earned him a Best Actor Critics award at 57th Filmfare Awards. In 2012, Ranbir starred in Anurag Basu’s movie “Barfi” opposite Ileana D’Cruz and Priyanka Chopra. Ranbir Kapoor’s most recent movies for the present year are “Besharam” Yeh Jawani Hai Deewani” and “Bombay Velvet”.

Known For: Famous for starring in Saawariya movie 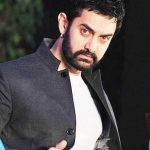 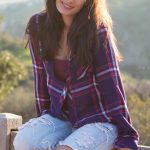 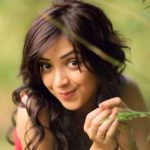