Aishwarya Lekshmi is an actress and model, hailing from India. She has acted in various Tamil movies and established herself as the best and successful actress in the Tamil cinema. Being a model, she worked for notable brands and won the hearts of many with her stylish looks, and unique styles as well. Also, she made her career in the field of acting and became so popular among fans. She studied at Holy Angeles’ ISC School and later did MBBS from Sree Narayana Institute of Medical Sciences (SNIMS) in 2016. She also did an internship as well.

In 2014, she started her career as a model and worked for many eminent brands and fashion designers. Later, she moved into the acting line and made film debut “Njandukalude Nattil Oridavela” which was released in 2017.

In 2018, she appeared in the movie “Varathan” for which she earned huge fame and popularity among her fans.

In 2019, Aishwarya Lekshmi worked in the movie “Vijay Superman Pournamiyum”, “Argentina Fans Kaattoorkadavu”. However, she won various awards and honors for giving the best performances during her career life.

In 2018, Aishwarya Lekshmi was selected as the Most Desirable Woman by Kochi Times. Well, when she started working as a model, she appeared on the various magazine covers, such as; Salt Studio, Vanitha, FWD Life, and Flower World. Also, she has worked for many notable brands including Sri Lakshmi Jewellery, Akshaya Jewels, and other top-big names that are prominent in the list.

She never wanted to be an actress but after completing her studies, she decided to give a tryout and checked her luck. Fortunately, she got selected and appeared in Althaf Salim’s drama “Niandukalude nattily Oridavela” in which she worked alongside Nivin Pauly.

Since then, she started appearing in various movies and worked in a romantic thriller movie “Mayaanadhi which was directed by Ashiq Abu. The film became a hit and earned positive reviews.

Among several accolades, she won the Filmfare Award for Best Female Debut-South. Also, Aishwarya Lekshmi won the Asiavision Award for the Star of the year and the list goes on. 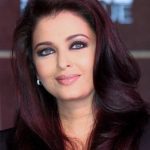