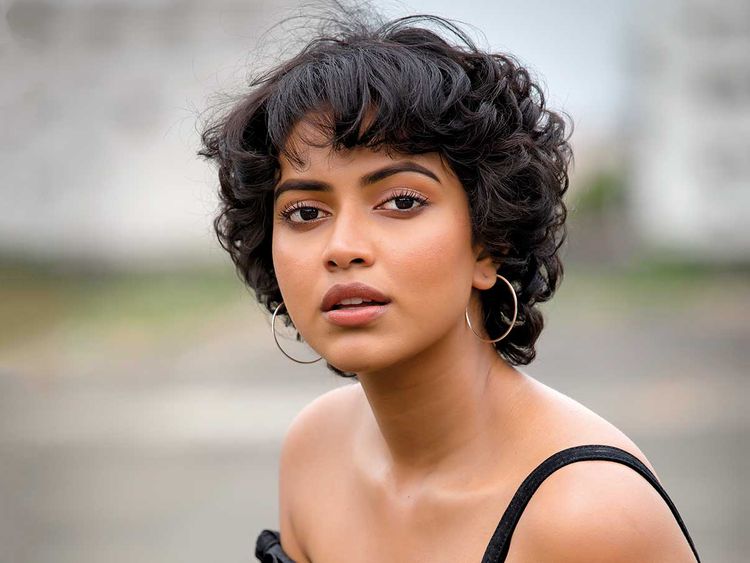 Amala Paul is an uprising Indian movie actress who primarily works in South Indian movies. After featuring in a supporting role in Malayalam movie Neelathamara, She got critical acclaim for the depiction of a controversial role in the movie titled Sindhu Samaveli. In spite of the failure of that movie, Amala became renowned after playing the leading role in the movie titled Mynaa, received critical acclaim for her remarkable acting.

Amala Paul was born in Aluva, India on 26 October, 1991. Amala, after completing her high school education from Nirmala secondary school, and secondary education at Aluva Higher Secondary School, took one year out prior enrolling for college. She afterwards joined St Teresa’s college, with the intention of pursuing her graduation degree in English Communication. At that time, her modeling portfolio was noticed by a famous Malayalam director named Lal Jose who afterwards offered a supporting role in his movie, Neelathamara. In spite of evolving a success, the movie failed to appeal any additional offers, as she had expected.

Amala Paul pursued roles in Tamil films and moved ahead to sign for a low-budget comic movie Vikadakavi, which was a bit delayed and finally became her 6th release, whilst also signing on to appear in a leading role in another low budget movie titled Veerasekaran. The movie, which ultimately became her first Tamil release, was criticized by critics and went wholly unnoticed, whereas Amala Paul’s character was marked as “minimal”, and she afterward stated that she apologize for doing the movie and numerous of her scenes were completely edited out. She afterwards moved ahead to work in Samy’s controversial movie Sindhu Samaveli, representing the role of Sundari, who has an illegal connection with her father-in-law.

Amala Paul belongs to a Christian family. She was born to Annice Paul and Paul Varghese. Her brother Abijith Paul also starred in movies following Amala’s appearance into film industry. At early 2011, when she was working on Deiva Thirumagal, she was lovingly associated to director A. L. Vijay, though she denied the fact that the couple was dating. On 7th June 2014, Amala Paul got engaged to Vijay at Aluva, Kochi. Amala married to A. L. Vijay on 12th June 2014 in Chennai.  In the year 2016, Vijay and Amala trailed for a divorce on account of disagreement between Amala and her in-laws on continuing her career in acting. The couple was finally divorced on February 2017.