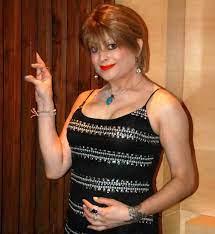 An Indian trans actress, Pakhi Sharma, popularly known as Bobby Darling and formerly known as Pankaj Sharma, has been a part of many hit Bollywood and regional movies. She was born in Delhi, India, and left her home when she comes out as a transgender at a young age. She lost her mother at her teenage.

The most popular actress has been a vocal supporter of LGBT rights.

Pakhi Sharma aka Bobby Darling is known for her wonderful performances. She has been a part of most famous Bollywood movies including ‘Taal’ starring Anil Kapoor, Aishwarya Rai, and Akshay Khanna, ‘Jeena Sirf Mere Liye’, starring Tusshar Kapoor and Kareena Kapoor Khan, and many more films are prominent.

She has worked alongside Bollywood superstars and feels comfortable working with them as she considers it the part of learning and grooming.