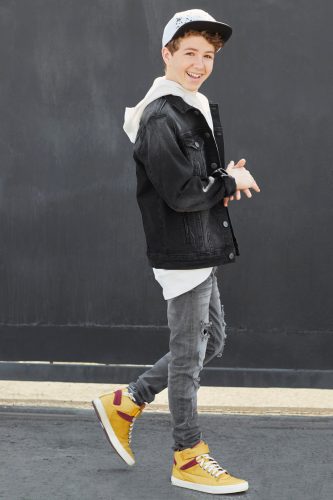 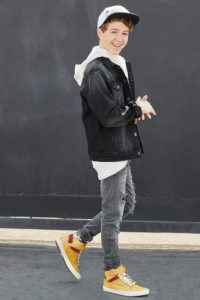 Ethan Wacker (born on 8 May 2002) in Hawaii, United States of America. He is an American actor, dubbed actor, and YouTube personality.

He grew up in Seoul, South Korea, and Honolulu, Hawaii, alongside his older brother Christian. He also has two sisters named Natalie and Olivia.

He began his career in 2015. Wacker is best known for his role as Bernie Schotz in the comedy series Bizaardvark (2016-2019). He also voiced Pipp Wimpley in the animated series Miles from Tomorrowland and performed as Collin Cleveland in the sitcom TV series K.C. Undercover.

He dubbed the character of Stinky in The Stinky & Dirty Show (2015). Wacker also appeared as a guest in an episode of the CBS series Hawaii Five-0.

He has a huge fan following on his Instagram account. He created the Liftoff Shop, which will launch soon. Wacker is also the Co-founder/Host of The Vandy Blitz where 5 Vandy kids talk about sports.

Wacker is a fan of the St. Louis Cardinals baseball team. His favorite hobby is workouts and going to beaches for surfing and swimming. In a Q&A video with Famous Birthdays on YouTube, wacker answered some questions. His favorite social media platform is Instagram. He does sports, works out, and mixed martial arts (MMA) in his free time.