Gemma Chan is a famous English actress from London. She studied law at Worcester College in Oxford, before opting for a career in acting at the Drama Centre in London.

She subsequently appeared in various television roles, including Doctor Who, Sherlock, Secret Diary of a Call Girl, Fresh Meat, Bedlam, and True Love. Among her other credits are Exam (2009), Submarine (2010), and Families (2015). Chen performed in the British premieres of Yellow Face at The Park Theatre and Our Ajax at the Southwark Playhouse.

In 2006, Gemma Chan made a debut through a miniseries When Evil Calls on Horror Channel. She competed in the first series of the reality TV series named Project Catwalk (2006). She then made a stage debut in the British premiere of Bertolt Brecht’s last play, named Turandot at the Hampstead Theatre London in 2008.

In 2009, Chan appeared in the special of the BBC’s Doctor Who titled The Waters of Mars, in which she appeared as geologist Mia Benett. It won a Hugo Award.

Gemma Chan, however, made wonderful appearances in many films and television series for which she got much popularity in her career life. Besides, she is the winner of many awards and also has earned several nominations. She performed minor roles in Jack Ryan: Shadow Recruit (2014), Fantastic Beasts and Where to Find Them (2016), and Transformers: The Last Knight (2017).

In 2021, she played the role of Sersi in the action-fantasy film Eternals alongside Harry Styles, Angelina Jolie, and Kit Harington.

In 2019, Gemma Chan earned the TV Movie Awards for the category of Best Fight in Captain Marvel, among many others on the list.

Known For: Famous for starring in Crazy Rich Asians movie 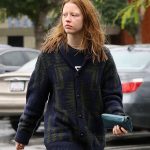 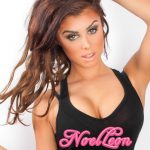