Syed Imad Wasim Haider professionally recognized as Imad Wasim who is a young English born Pakistani cricketer who has represented the Pakistan Under-19 team in 2006.  Wasim was born on 18th December 1988, in Swansea, Wales, and UK. He is an all-rounder with the slow left-arm orthodox bowling style and left-handed batting style. His father was an engineer in England. He moved to Pakistan at a very early age. He studied medicine before persuading his career in cricket.

Wasim started to play first-class cricket in Pakistan and became the only one Welsh-born Pakistani cricketer. He quit his study after getting the chance to play cricket for the under-19 national team. He played domestic cricket in Pakistan for the Islamabad squad since 2005. Despite this, he has represented the Islamabad Leopards squad during the Faysal Bank T20 Cup tournament of 2005-06 and 014–15 seasons. Since the first auction of the PSL, Wasim has represented Karachi King Squad. Recently, in 2020 he served as the captain Karachi Kings team in PSL.

Wasim has represented Jamaica Tallawahs in the Caribbean Premier League for three years from 2016 to 2018. He made his debut for Nottinghamshire in the 2019 domestic cricket of England and Wales.

Apart from this, he has represented Pakistan Squad in the 2017 ICC Champions Trophy when Pakistan got the victory in the tournament.

Known For: Playing in the 2006 Under-19 Cricket World Cup for the national team 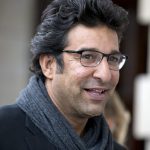