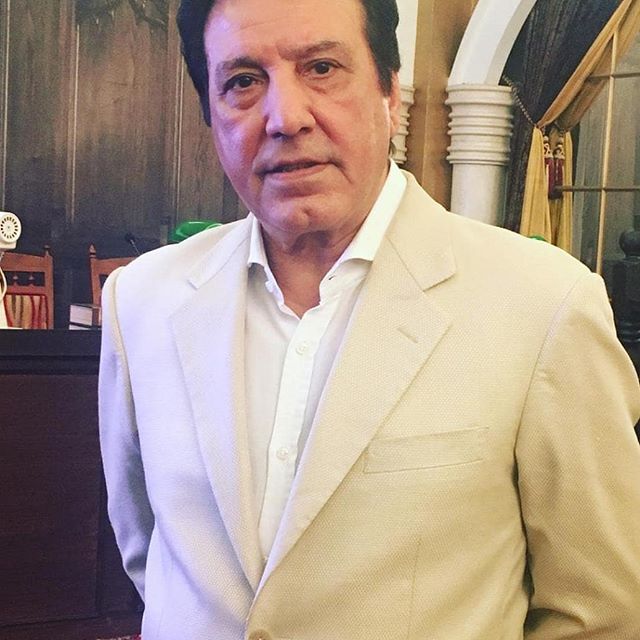 Javed Sheikh is a Pakistani director, actor and producer.  The first film he appeared in was Dhamaka which was released in the year 1974. He has since starred in more than 100 Urdu movies. The first film he directed was Mushkil, which was released in the year 1995. In the year 2002, Javed Sheikh directed another movie titled Yeh Dil Aap Ka Huwa and also appeared in a supporting role in the movie. In the year 2005, he swapped to acting in Bollywood movies and starred in the movies Jaan-E-Mann and Shikhar. In 2007, Javed Sheikh starred in Om Shanti Om, Namaste London and a Pakistani movie titled Mein Ek Din Laut Kay Aaoon Ga.

In the year 2008, Javed Sheikh played a prominent role in the movie Jannat. His movie as a filmmaker, Khulay Aasman Kay Neechay, which was a mega-budget movie, was shot in 4 different regions, i.e., India, Pakistan, Australia and UAE. The movie was a flop at box-office, costing him a loss of 8 crores.

Javed Sheikh’s first marriage was with the renowned TV/film actress Zinat Mangi with whom he has a son named Shahzad Shiekh and daughter Momal sheikh. After separation her he had a short marriage with Salma Agha, another renowned British born Pakistani actress/singer of that era. After that Javed Sheikh has had many relationships with popular actresses like Sana and Neeli.

Although it is massively presumed he had a short marriage with Neeli though both parties denied it. After his separation from Salma Agha, he is still single on the record. In 2009, in a morning show aired on Geo TV Sheikh confessed that he has settled in India to expedite his working in Bollywood films. Javed Sheikh has appeared in some really influential roles in Bollywood films; he played the role of Shahrukh Khan’s father in the movie Om Shanti Om. He played a strong role in Shikhar as well.

Javed who himself is a mega star has a celebrity family. The talent runs in the blood of his family. His brother Saleem Sheikh and children Shehzad Sheikh and Momal Sheikh are popular actors, who have marked their names in showbiz industry.