Zara Sheikh is a beautiful Pakistani model, actress, and singer. Zara was born on 7th May 1978, in Lahore. She grew up in the same city and currently resides in Lahore. Zara completed her graduation from Lahore. Currently, the actress is unmarried.

Sheikh made her first acting debut on the big screen in 2000 with Hassan Askari’s directed film Tere Pyar Mein” along with Shaan Shahid and Veena Malik. In this film, she played the role of an Indian Sikh girl, who falls in love with a Pakistani banker. Her role was highly praised by the audience and Sheikh also received, Nigar Award for the Best Actress.

Next, she appeared in Sajjad Gul’s Pakistani film Chalo Ishq Larain along with Meera and Sajjad Gul in 2002. In the next year, in 2003, Sheikh acted in Rauf Khalid’s written Pakistani film “Laaj” alongside Imran Khan as a lead actress. In this film the play as a Hindu girl, Ram Khori who converts to Islam. This is a love story of 1947 partition of India and Pakistan.

In the next year, in 2004, Sheikh again appeared in Shahzad Rafique’s directed “Salakhain” starred with Ahmed Butt and Meera as a lead cast. The film is the love story of two middle-class innocent students. Her prominent role in Salakhain made a way for her international recognition.

In 2006, she made her debut in Mubasher Lucman’s directed “Pehla Pehla Pyar” where she played the role of a girl who falls in love. The shooting of this film was mostly done in Thailand. Following the years, in 2008, she starred in Javed Raza’s “Kabhi Pyar Na Karna” alongside Indian actress Neha Dhupia, Veena Malik and Moammar Rana.

Her recent performance was the 2019 Pakistani romantic comedy film, “Heer Maan Ja” which was directed by Azfar Jafri and starring with Ali Rehman Khan, and Hareem Farooq, as a supporting actress.

Apart from this, Zara has also sung the number of songs for the Lollywood film. She has also worked in singles, including:

Sheikh is a multi-talented Pakistani star who has acted in numerous famous Pakistani films such as Tere Pyar Mein (2000), Salakhain (2004) and Laaj (2003) which rose to prominence her personality. She has also a famous singer and sung many songs which are hugely praised by her fans. Additionally, she won the Nigar Award for the Best Actress for her performance in the romantic film “Tere Pyar Mein”. 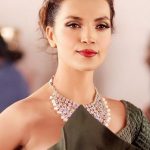 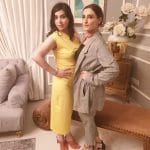 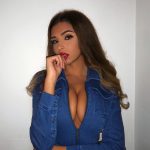 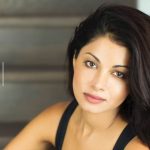 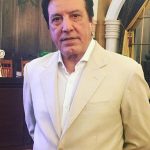