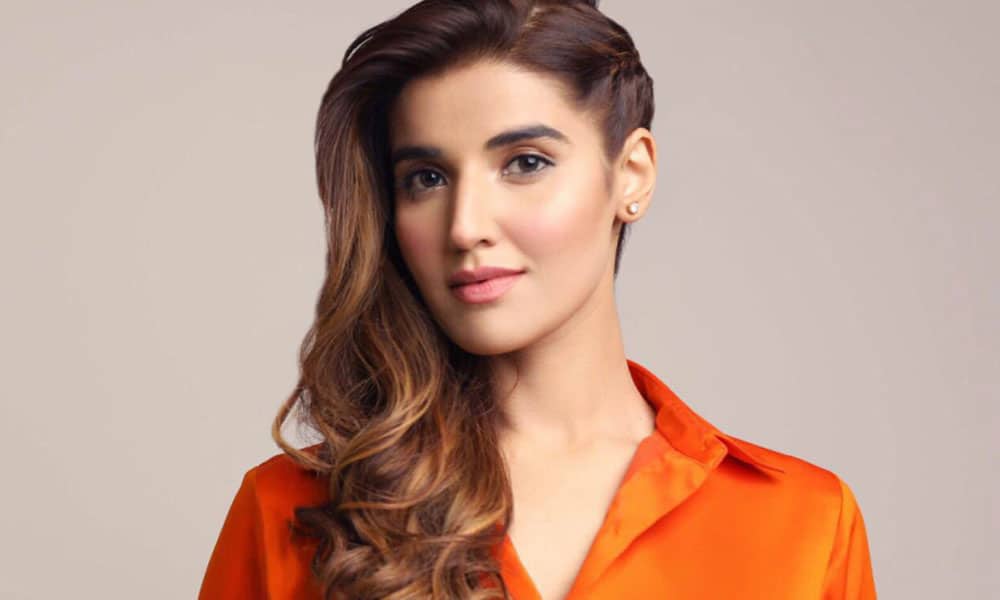 Hareem Farooq is a talented Pakistani television, theater, film actress as well as a film producer, commonly recognized for her work in drama serial Diyar-e-Dil and Pawnay 14 August. Hareem co-produced Janaan trailed by her 2018 megahit Parchi. She is amongst those celebrities who get the honor of hosting PSL (Pakistan Super League) in the same year.

Hareem Farooq was born in Islamabad, Pakistan on 26th May, 1989. She spent scores of her time in Islamabad city prior she settled with her family in Karachi. Hareem’s parents are doctors by profession, her mother is a dermatologist whereas her father being a public health PhD scholar and an international consultant. The actress completed her schooling from Karachi Grammar School. She earned her bachelor’s degree with a major in Journalism & Sociology from Quaid-e-Azam University, Islamabad. Afterwards she started her career in acting. The famous singer Abdullah Qureshi is her first cousin.

Hareem Farooq started her career with theatre plays in the year 2012 playing the crucial role of Fatima Jinnah in Pawnay 14 August and Kiran in drama serial Aangan Terha. In the same year, Hareem made her mega screen debut with a prominent role in 2013’s horror thrilling movie Siyaah. She made her television debut with drama serial Mausam opposite Yumna Zaidi and Ahsan Khan in the year 2014 on Pakistani most popular TV Channel Hum TV. Once her first drama becoming a big hit, she has provided a number of popular dramas like Mere Humdum Mere Dost, Doorsri Biwi and Diyar-e-Dil in the year 2015.

Hareem Farooq was also the part of drama serial Sanam. In the following year, she played the leading role in the movie Dobara Phir Se and was also a co-producer of the movie Janaan. She made her first appearance with the comedy movie Parchi as the leading role in which she played the prominent role of a female don, with co-stars, Ahmed Ali Akbar, Ali Rehman Khan and Usman Mukhtar in crucial roles.

In 2018, Hareem Farooq also moved ahead to form a worldwide entertainment company called IHA Entertainment with Imran Raza Kazmi and Arif Lakhani, which soon go into an agreement with top entertainment in Saudi Arabia as the first supply firm.

Hareem Farooq hosted 3rd PSL opening ceremony held in Dubai. She has also signed to become an official Spokesperson for Loreal Pakistan in the year 2017. Hareem is an extremely dedicated and enthusiastic personality with countless love for her country Pakistan.