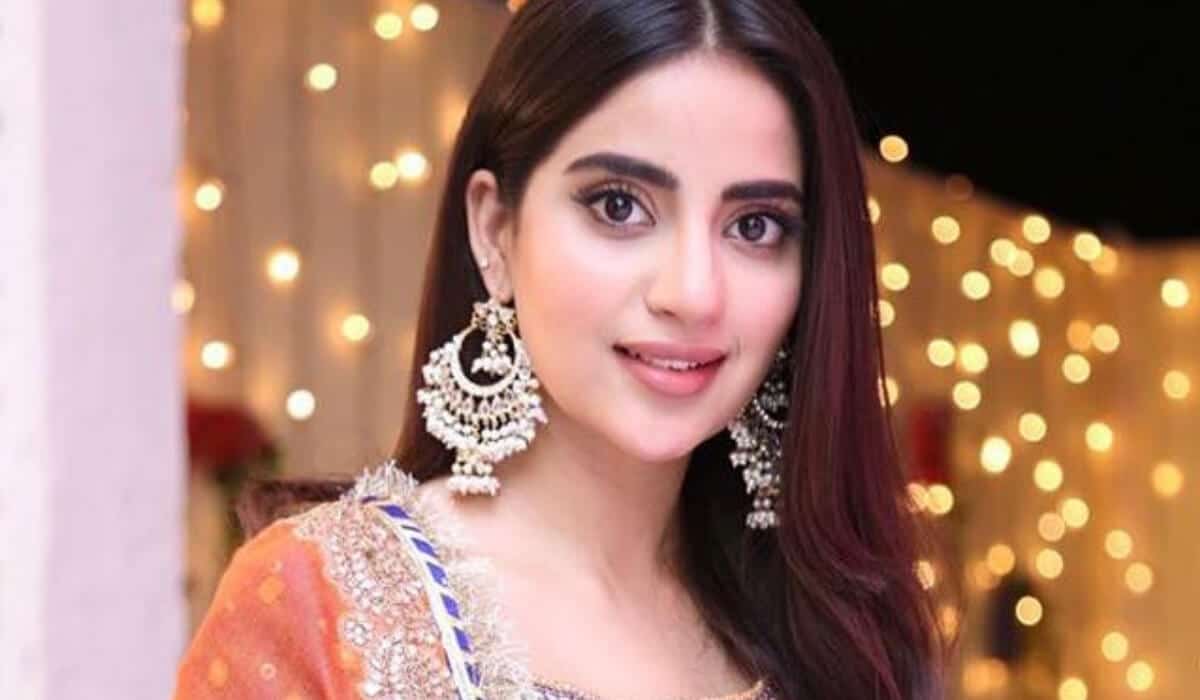 Saboor Ali is a Pakistani TV and film actress. She was born on September 18, 1990, in Lahore, Punjab. Her mother’s name was Rahat begum who has recently died in cancer. She has two siblings, a sister, and a brother. Her sister is also one of the famous actress, Sajal Ali. She got her education from the University of Punjab.

Saboor Ali started her career journey in television with a small role in a PTV drama serial “Choti Si Kahani” along with Sadia Imam, Nadia Hussain, and Ayesha Khan in 2011. The drama revolves around the stories of three girls, their mistrust. The drama also focused on the serious issues, like discontinuation of female’s education due to early marriages and women’s independence after marriage.

After her racemization, in the same year, she got the opportunity to play with a supporting role in the daily Pakistani soap opera family drama “Mehmoodabad Ki Malkain” alongside her sister Sajal Ali. The drama revolves around the story of Zahid Ahmed’s family and aired on ARY Digital. She then next again appeared with her sister Sajal Al in an episode of Pakistani anthology drama telefilm “Kitni Girhain Baqi Hain”, on Hum TV which is based on the short stories of the reality of life.

Consequently, she portrayed in the Hum TV’s critically acclaimed romantic drama “Bunty I Love You” alongside Saba Qamar. This is the story of a young girl, Dania who got married at very teenage to a much older man Patel but Patel dies with leaving half of his property to Dania. Dania loves a phone snatcher, Bunty who is much younger than her. They got married but in the end, Bunty murdered her.

In September 2016, she has also made her film debut in Nabeel Qureshi’s box office hit Pakistani socio-comedy film Actor in Law”, alongside Fahad Mustafa, Mehwish Hayat and a senior Indian actor Ohm Puri where she portrayed a supportive role of Mustafa’s sister which earned her a Best Supporting Actress nomination at Lux Style Awards. In her next film, Saboor Ali appeared to play the lead in the 2018 telefilm “Nanu Aur Main”. The film revolves around the relationship between grandfather-granddaughter. The telefilm was critically acclaimed and Ali was praised by the public for her excellent performance.

Ali next played second-lead roles in the highest-rated Pakistani dramas of 2018 “Visaal”, along with Ali Hassan. Zahid Ahmed and Hania Amir. The drama is based on sheer jealousy. She plays the role of Pari’s childhood friend who later commits suicide because of her gilt.

Now a day, she is appeared in the Humayun Saeed’s famous drama serial “Gul-o-Gulzar” opposite Kinza Hashmi and Omer Shahzad. She is playing the role of a clever girl Gul who feels jealousy with her friend Gulzar. The drama is highly acclaimed and is airing on ARY Digital.

Saboor Ali has become one of the famous names of the drama industry. Now a day, she is appearing in many dramas in almost all the channels and giving her best performances. Her dramas are critically acclaimed and also liked by the audiences because of her excellent acting skills. She has huge fans around her. She seems to be one of the big-name of showbiz in the future. Despite these facts, she has also earned a nomination at Lux Style Awards for the Best Supporting Actress because of her debut film role in a romantic comedy film “Actor in Law” in 2016.