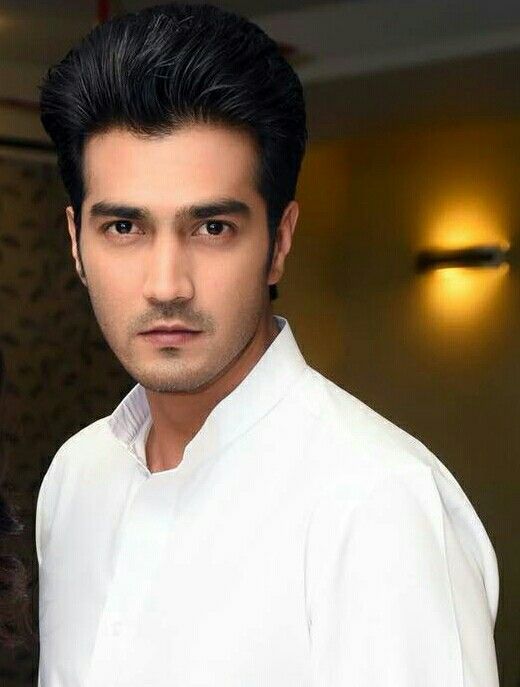 Shehzad Sheikh was horn on 26 September 1948 in Karachi, Pakistan. He was born into a family of actors. His father Javed Sheikh is one of the most respected, famous and well-known actor in the entertainment industry of Pakistan. His mother name is Zeenat Mangi. Shehzad’s sister Momal Sheikh is also an amazing actress in pakistan drama and film industry.

He has done his schooling in Okara then he went to Newyork Film Academy to attain his degree in acting and film making before starting his career of acting in Pakistan acting industry.

Shehzad Sheikh is one of the dashing looking and charming actor in Pakistan drama and film industry. He has gain so much popularity and attention of everyone by his outstanding and remarkable performance in his all serials. Besides acting he is also a model.

Shehzad Sheikh was impassioned and intense towards acting since childhood because of having an artistic background so after completing his education he stepped into the showbiz to establish his own place in the industry. Shehzad Sheikh first appeared in a drama serial ‘Dreamers’ as ‘Mickey’ along with Aini Jaffry, the show was aired on ‘Aag TV’ in 2011.

After this serial in 2012 Shehzad Sheikh showed up in a leading role of Mikaal Ahmed in comedy-drama serial “Kiss ki ayegi baraat” this was the fourth season of “Annie Ki Ayegi Baraat”. By his great acting in his both project, in a very short period of time, Shehzad Sheikh again played another lead role, in the same year, as Zeeshan in the Geo’s drama serial “Mi Raqsam” along with Ayeza Khan, Waseem Abbas and Salman Shahid. In this drama serial, Shehzad’s acting was remarkable, this drama serial was a turning point in Sheikh’s life.

In 2013, Shehzad Sheikh showed up in Hum Tv’s drama serial “Halki Si Khalish” along with Javed Sheikh, Mehreen Raheel and Mawra Hocane. In the same year, he did another supporting role in the ARY Digitals drama serial “Mere Hamrahi” as Ahad along with Fahad Mustafa and Soniya Hussain.

Today he is seen on the screen of ‘Choti Choti Baatein’ and ‘Deewar e Shab’. Shehzad Sheikh is one of the talented actors in our Pakistan dramas industry. After struggling he has gathered fame and respect in the television industry. He has earned his special place in Pakistan Entertainment Industry in a very short period of time.

Shehzad Sheikh has not only done hit dramas he has also appeared in films too. He has made his debut in Lollywood in the Pakistani film ‘Main Hoon Shahid Afridi’ as a supporting actor. He has worked in 3 films.

Some of his most hit dramas are also listed below.

Born in Karachi, Shehzad Sheikh got married in 2012, with a supporting life partner Hina Mir who encouraged him to achieve his best on the professional stage. The couple has two children, 1 son Shahmir Sheikh and 1 daughter Anaya Sheikh. He is not only a good actor but a loyal partner and a responsible father.

He got huge appreciation on her hard-working in his all projects that he has done. He also gains so much popularity and fans following based on his work but also his kindness.