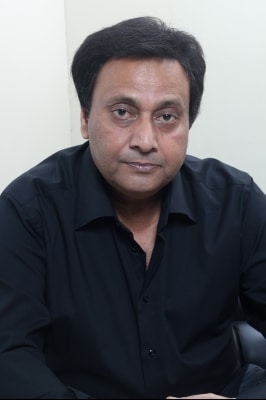 Waseem Abbas is a TV and movie actor, producer and director of Pakistan. He was born on 9 September 1960 in Lahore. His father Inayat Hussain Bhatti (1928-1999) was a famous film playback singer from Pakistan. He is best known for his roles in various drama serials. Waseem Abbas is one of the most rewarding characters of showbiz in Pakistan. He has been involved with media organizations for over 2 decades, playing roles in various departments and filling the area as an entertainer and director.

He is the son of Pakistani film star Inayat Hussain Bhatti. His uncle is the best character and director of coffee on screen. Her Pakistani TV on-screen character is ex-husband Saba Hamid and her daughter Meesha Shafi is an actress, model, and singer. His son is also a model in Pakistan. He made his acting debut with Saba Hamid in the Pakistan comedy TV serial “Family Front”.

Waseem first started acting in the mid-1980s and has progressed with appearances on popular show serials, for example, Samander and Asiana. He has acted in some Pakistani films, most notably Badal Mastam, Manzil, Tina, Ishq Rogh and Zara Si Baat. Waseem is currently a director and has had tremendous success in the field. For example, the drama, Mr. Kya Kai Hai More, Mrs has become mainstream and Waseem is currently seen as one of the Pakistani media characters. His performance, Thousands of Rastes, also gave a basic recognition to his performance. Vasim’s attack on acting ended practically by 1996, and now he chooses roles in any drama serials.

With Whom Waseem Abbas Married to?

He was Saba Hamid, another famous Pakistani on-screen character, separated in the 1990s. Pakistani TV actress Saba Hamid is the mother of Meesha Shafi and Faris Shafi. From Saba’s first marriage, Meesha and Faris are the children of Saba Hamid. Saba Hamid and Waseem Abbas have one child, Ali Abbas, who is well known in Pakistan’s showbiz industry.

Waseem Abbas is best known for his performance in the comedy-drama serial ‘Family Front’. 1997 Family Front 1997 Pakistani Comedy-Drama Sitcom. It was communicated by Pakistan Television Corporation (PTV World, now PTV News). The sitcom was composed by Waseem Abbas and composed by Muhammad Younis Baat. The cast includes Saba Hamid, Samina Ahmed, Meera Hashmi, Iram Hasan, Shehzad Naseem, and Naseem Vicky. This satire is well known among people and, for some, continues for TV sessions. The side project spin-off of the series titled ‘Hum Sub Ajib Say’ is now based on entertainment.