Karan Kapoor is an Indian actor and a great photographer, who is the son of a veteran actor –Shashi Kapoor and mother, Jennifer Kendal. He is a former film actor, and a model as well. Karan Kapoor was born on 18th January 1962, who has made a broad career in multiple fields, such as; film and television, modeling, and photography.

Karan Kapoor has strong roots in the film industry as his paternal relatives are associated with Hindi cinema. Among his paternal side, his grandfather, Prithviraj Kapoor & uncles Raj Kapoor and Shammi Kapoor were legendary actors, who predominantly worked in the Bollywood film industry. While his elder brother, Kunal Kapoor, and a younger sister, Sanjana Kapoor have also worked in few films but didn’t get much success.

Karan Kapoor’s maternal grandparents Geoffrey Kendal and Laura Kendal, who both were actors and visited India and Asian countries along with their theatre group titled “Shakespearean”.

In his early career, Karan Kapoor was a most famed model and worked for many notable brands such as Bombay Dyeing advertisement campaign and also worked in movies as well. He acted in “Sultanat” which was released in 1986 in which he worked alongside Juhi Chawla. Later, he worked in the movie “Loha” alongside iconic actor Dharmendra.

Karan Kapoor made his film debut with the movie named “Junoon” which was the best release of 1982 and got critical acclaim. The film was directed by Shyam Benegal in which his parents and siblings were featured.

Alongside this, he worked in his father’s production named “36 Chowringhee Lane” which was released in 1981.

Also, he worked in various British television series including “The Jewel in the Crown” which was aired in 1984 and others that are worth sharing to watch.

After 25 years of break, Karan Kapoor returned to India and displayed his photography exhibitions, Time and Tide. Initially, the exhibition held in 2016 at Mumbai, India. Later, he displayed his talent in various cities of India, such as; Delhi, Kolkata, Jaipur, and others.

Later, he continued working with a passion for his photography career and marked a big name in the field of photography.

Among his other achievements, Karan Kapoor won the International Photography Awards 2009 in the People/Lifestyle category for his photograph “Old Couple”.

Karan Kapoor married to English model, Lorna Tarling, but the couple is now separated. He has a daughter and a son named Aliya Kapoor and Zack Kapoor. While his brother, Kunal Kapoor married to Sheena, who is a famed photographer and daughter of famed film producer Ramesh Sippy. Later, the couple parted their ways and divorced. The couple has two kids named Shaira and Zahan Kunal. 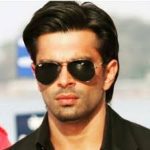 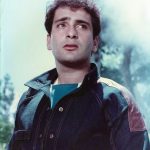