Lawley made his first debut in the feature film The Chosen (2015). Later that year, he starred as Dan in the film Shovel Buddies alongside Bella Thorne. Kian Lawley also performed as Bean Boy in the comedy horror film Boo! A Madea Halloween (2016). He appeared as Rob Cokran in the mystery film Before I Fall (2017). For the film, he won a Teen Choice Award.

Lawley and Caylen worked together on their show H8TERS in 2017. He also starred in the Daytime Emmy Award-winning first season of “Zac & Mia”. After that, footage of Lawley reappeared in which he used racial slurs, leading to his role in The Hate U Give being recast. His talent agency (CAA) released him. Recently, Kian Lawley had an interview with the fashion magazine Vanity Teen. He talked about his growth, his personal life, and many other topics.

He has a huge fan following on his Instagram account, where he often shares his pictures with his dogs. 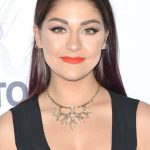