Mahanadi Shankar is an Indian film and television actor. He mostly worked in Tamil language films and serials in a supporting and negative role. He has worked in films including Mahanadi (1994), Baashha (1995), Ratchagan (1997), Amarkalam (1999), and Dheena (2001). The film Mahanadi earned him the success because he used his name.

After making his debut as an actor in Mahanadi (1994), he has worked in several Tamil films in the 1990s, 2000s, and 2010s. He mostly appeared in supporting roles and as an enemy or a comedy villain. In the movie Dheena, he used to Call Ajith Kumar As “Thala”. Henceforth, Ajith Kumar is called “Thala” by his fans. 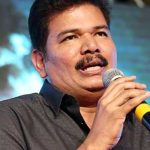