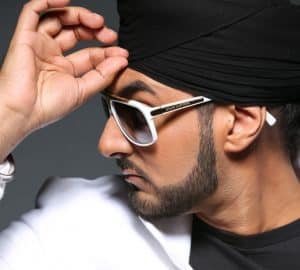 Manjeet Singh Ral is an Indian Punjabi singer who was born on 24th January 1975. He is professionally known by his stage name Manj Musik.

He is a British Indian film scorer, singer, and music composer. He is one of the most acclaimed Indian composers who is known for his bhangra music.

He has a melodious voice which helped him to earn a huge fan following in his life. And that’s so impressive as Indian Punjabi loves his music.

Manj Musik started off his career as a singer at gurdwaras with the RDB group. Later, he left RDB after the death of his older brother Kuljeet Ral.

In 2014, Manj Musik started his solo career and was honored with the “Best Urban Single” at the Brit Asia TV Music Awards for “Swag Mera Desi” by himself and Raftaar.

In the same year, Manj Musik formed his own music label Muzik ONE Records, and has worked with established Bollywood superstars, such as Saif Ali Khan, Shahrukh Khan, and Akshay Kumar.

However, Manj Musik is popular for his mellifluous voice and is notable for his enthralling performances.

During his music career, Manj Musik gained much recognition and fame as her fans and music lovers never forget to praise him for his achievements and performances.