Margot Elise Robbie is an Australian actress and a producer who was born on 2nd July 1990. Her mother is a physiotherapist and her father is a former farm owner.  She got her education from Somerset College from where she studied drama. She and her siblings were raised by her mother only.  They were not so stable financially that’s why Robbie used to do 3 jobs in order to earn money.

She made her debut with the feature film I. C. U.  She was so good in her audition that she got the lead role without any agent. In the same year she started playing her part in Neighbours (2008). At first, it was just a guest role but due to her talent, she began acting as a regular cast member.  Her major breakthrough was The Wolf of the Wolf Street (2013) in which she worked alongside Leonardo DiCaprio. This movie was a huge success and grossed over $392 million. She also worked alongside Will Smith in Focus (2015). In her movie Suicide Squad (2016) , she worked alongside James Leto. Suicide Squad was a huge success and won her various awards and nominations.Her other movies include Vigilante (2008), About Time (2013), Z for Zachariah (2015), The Big Short (2015), Whiskey Tango Foxtrot (2016), The Legend of Tarzan (2016), Good bye Christopher Robin (2017), Slaughterhouse Rules (2018) and some others.

She didn’t just star in movies,  but also played roles in different TV series including Review With Myles Barlow (2008), City Homicide (2008), Talkin’Bout Your Generation (2009) ,Pan Am (2011-2012) and some others. Throughout her acting career, she has won 9 awards. She has been nominated 3 times for British Academy Film Awards but won none of them.  Her portrayal of Queen Elizabeth I in Mary Queen of Scots (2018) got her a nomination for the BAFTA Award for Best Actress in a Supporting Role. 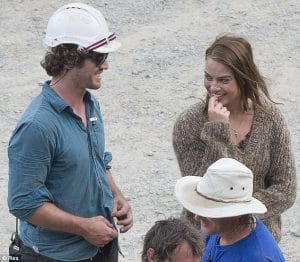 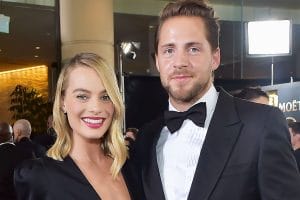