Maya Sundarakrishnan is a multi-skilled lady, whose skills are not just limited to acting, but she is also a great model and singer, hailing from India. She mainly works in the Tamil cinema and always managed to steal the hearts of her fans. She was born in Madurai, India where she raised and grew up along with her siblings and parents. She did Engineering from Amrita School of Engineering. Besides studies, she took part in various school activities to hone her skills. What’s more, she took gymnastics classes, also competed, and placed 6th in gymnastics during the Nationals.

The most talented actress made her acting debut film titled “Vaanavil Vaazhkai” in 2015. Before making a debut, she worked as a theatre artist but later, she changed her focus to films.

Alongside this, she made her career in the field of music and has been enthralling music lovers with her melodious voice.

In 2016, she appeared in a movie “Thodari” and also worked in Tamil movies, like; Dhruva Natchathiram”, “2.0”, and others are worth sharing to watch.

She got trained by the big masters, like; Ima Sabithri- Manipur Kalakshetrhra. Maya was initially took interest in acting, singing, and gymnast. While later, she changed her passion for storytelling, comedy, silambam, and parkour.

Moreover, she also passionate about learning various art forms that engage the mind and body. However, her charm and unfading discipline always win the hearts of many.

She worked as a theatre actress with the Chennai-based theatre company named Perch. Also, she learned hospital clowning and became one of the most favorite clown doctors in the city.

Maya Sundarakrishnan accomplished career life’s goals and huge success and she calls it the biggest achievement of life. 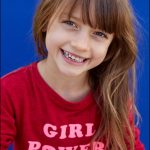 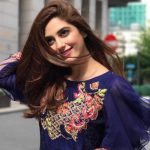 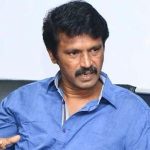