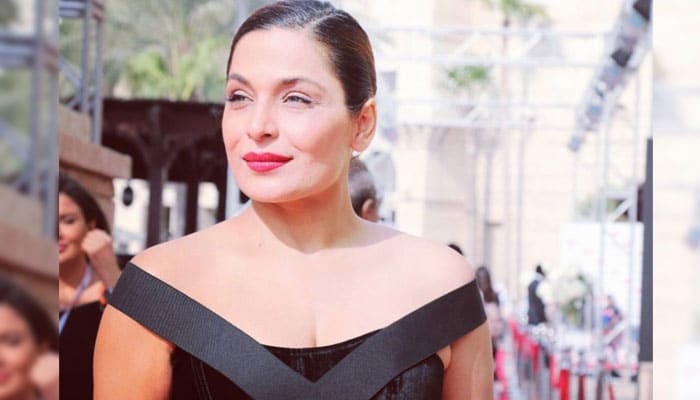 Irtiza Rubab who is best known as her stage name, Meera. She was born on 12 May 1977, Sheikhupura, Pakistan. Meera is the famous name of the entertainment industry. She is a Pakistani film actress, model, television presenter, and a leading philanthropist. Meera has six siblings, including one sister and four brothers. She got her education from Lahore’s Kinnaird College. In 2013, Meera got married to the Captain Naveed Pervaiz. Now the couple is happy in their life.

Meera started her career in the film industry. She made her first movie debut in a Pakistani Urdu film “Kanta” in 1995. In the next year, in 1996, she acted in nine Lollywood films alongside top Pakistani actors but she acquired critical acclaim in 1999 for her lead cast of Naila in the 1997 award-winning film “Khilona” along with Saud and Shaan Shahid. Following the years, in 1999, Meera released another critical and commercial acclaimed film “Inteha”. In this film, Meera played the excellent role of Sara who is young college-going middle-class girls along with Humayun Saeed and Zeeshan Sikander. During this decade (the 1990s), she acted in the 33 Pakistani Urdu and Punjabi films, as a result, became a prominent part of Lollywood.

In the next decade, in 2004, she made her debuts as a lead cast in the Urdu feature film “Salakhein”, starred with Ahmed Buttt, Zara Sheik and Saud. The film is the love story of two middle-class innocent students. Her prominent role in Salakhain made a way for her international reorganization.

In 2005, she made her Bollywood debut in the first Indo-Pakistani film “Nazar” opposite Ashmit Patel. The film is the story of a talented young pop star played by Meera. Following the years, she made Bollywood debut in a Bollywood Top 10 Bold category of 2012 Film, “Paanch Ghantey Mein Paanch Crore” opposite Abhishek Kumar. Paanch Ghantey Mein Paanch Crore tells the story of two accountants who are used to deliver R50 million to the farmhouse. Meera also made her directorial debut named “Oscar” in 2016. However, the project is not completed yet.

Meera is one of the popular personalities of the Pakistan showbiz who also has made her fame internationally. She was the recipient of Nigar Award twice in her life. Her first Nigar Award was for her acting in the film “Khilona”, she also won significant praise from the audience for her work. Meera receives the second consecutive Nigar Award for Best Actress of the year for her outstanding performance in “Inteha”. Apart from this, in 2012, Meera won the Pride of Performance Award from the Government of Pakistan.