Megan Mullally (born on November 12, 1958) in Los Angeles, California, U.S. She is an American actress, comedian, and singer.

From the age of six, she took dance classes of ballet and performed at the Oklahoma City Ballet during high school. She also studied at American Ballet School in New York City. Mullally graduated from Casady School in Oklahoma City. After that, she attended Northwestern University in Evanston and studied English literature and art history. After her graduation, she started acting in a theater in downtown Chicago. By junior year, she performed in eight shows per week. Later, she dropped out of Northwestern to continue acting. She is best known for her role as Karen Walker on the NBC sitcom TV series Will & Grace from 1998 to 2006, and from 2017 to 2020. For the series, she received eight Primetime Emmy Awards and nominations for Outstanding Supporting Actress in a Comedy Series. She also won twice in 2000 and 2006. Mullally also received nominations for Screen Actors Guild Awards for Outstanding Performance by an Actress. She won three times in 2001, 2002, and 2003, and received four Golden Globe Award nominations. She hosted the talk show The Megan Mullally Show. Since then, she has been a series regular TV series. She appeared as Rosemary In the Motherhood and Lydia Dunfree in Party Down season 2. She also performed as Chief Children’s Hospital and Veronica in Breaking In. Mullally has also performed as a guest and reoccurs roles in other comedy series, including Tammy in Parks and Recreation and Dana Hartz in Happy Endings. Besides television, Mullally has also moved into film and performed as Principal Patricia Barnes in Smashed (2012). Also, appeared as Mrs. Keenan in The Kings of Summer (2013), and Barb Fleming in Why Him? (2016).

Known For: Karen Walker on Will and Grace 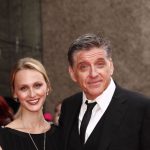