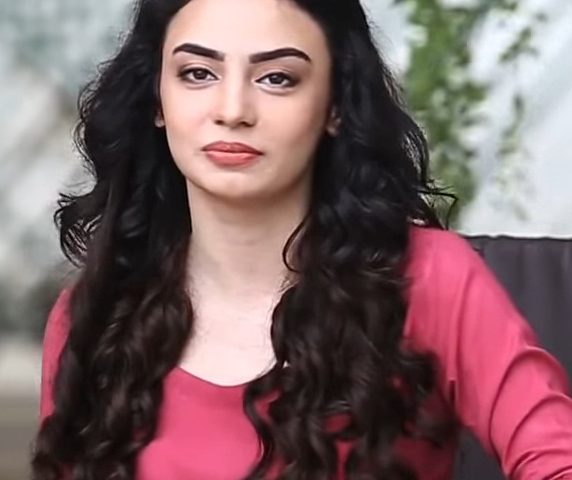 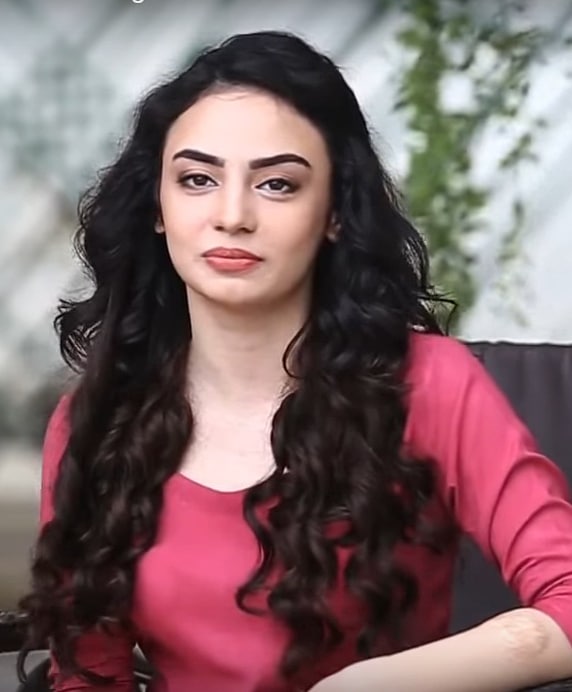 Syeda Mehar Bano Kazmi aka Mehar Bano (born 13 April 1994) in Lahore, Pakistan. She is a well-known Pakistani actress, model, and host. According to Astrologers, her zodiac sign is Aries.

Mehar grew up in Lahore with an older sister and a younger brother. It has involved her in media activity at fourteen.

Mehar Bano completed her education at the National College of Arts. While still being a student, she started her art career.

She is best known for her TV dramas and has played the lead role of Umama in the drama serial “Daagh”, in 2012. After that, she performed other leading roles including “Miss Fire”, “Uff Yeh Mohabbat”, and “Bunty I Love You”.

Mehar also appeared in the drama serial “Balaa” which was mind-blowing and a mega-hit. After that, she made her film debut with Motorcycle Girl in 2018.

Bano has built her dancing and theatre institute in Karachi, namely the “Sway Dance Project” where young people get trained in acting and dancing.

She made her first debut commercial play at fourteen.

In 2021, Mehar Bano followed a discussion. She explained the reason for joining the Aurat March was to encourage gay rights in Pakistan. Still, unfortunately, this caused an online backlash and mass-scale reporting, which caused her Instagram account to be deleted.

In an interview with Something Haute, she talked about when she was on a shoot for the drama serial “Baaghi” the actress Saba Qamar came to her rescue. Mehar Bano was being harassed by a mic man on set.

“I shared the incident with Saba and she went on set and had him beaten out. Thankful to Qamar, she took a strong stand for me. She stressed the importance of being aware of such issues and knowing what to do.

The incident made her realize just how common harassment is in our society and the reason it is crucial to know about it.

“It made me realize that this is crucial to know for me and other girls, so I can stand up for them”

It’s shameful to see young girls facing that. The incident highlighted a perfect example of heartwarming and strong female attachments. We’re happy that she had Qamar watching her back.