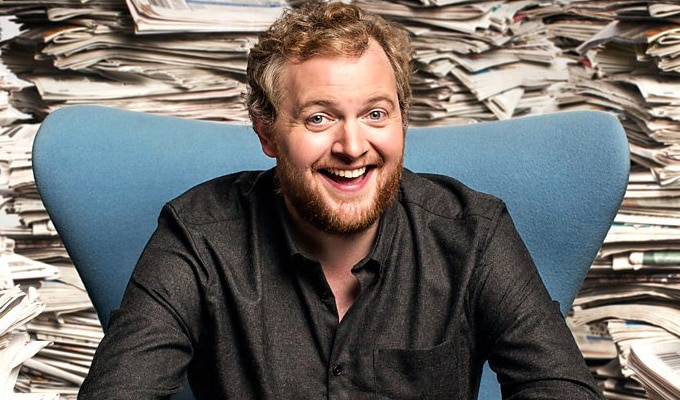 Miles Hugh Barrett Jupp is an English actor and comedian who is known for his admiring abilities. He has been working in both the film and television industries. He is known for his adorable, charming persona who wins the hearts of many.

The most celebrated star has the courage and capability to treat his fans and followers with his hit movies and great acting chops.

Miles Jupp started off his showbiz career as a stand-up comedian and later, he discovered his keen interest in acting. He became famous for playing the role of the inventor Archie in the British children’s TV series ‘Balamory’

He also made several appearances on comedy panel shows and is known for playing the role of John Duggan in ‘The Thick of It’ and ‘Nigel’ in the sitcom named ‘Rev’.

In 2015, Miles Jupp replaced Sandi Toksbig as the host of ‘The News Quiz’ on BBC Radio 4′.

During an appearance on Celebrity Mastermind, and again when he appeared on Test Match Special in 2011, he claimed to have bluffed his way onto an England cricket tour to India, as the cricket correspondent for BBC Scotland, and the Western Mail.

He is also a great author as he has written a book titled ‘  Fibber in the Heat’ is a book he wrote about his experiences as a cricket journalist in India.

Miles Jupp also won the title of the Leicester Mercury Comedian of the Year in 2001. He was a Perrier Award “Best Newcomer” nominee in 2003, for his show Gentlemen, Prefer Brogues.