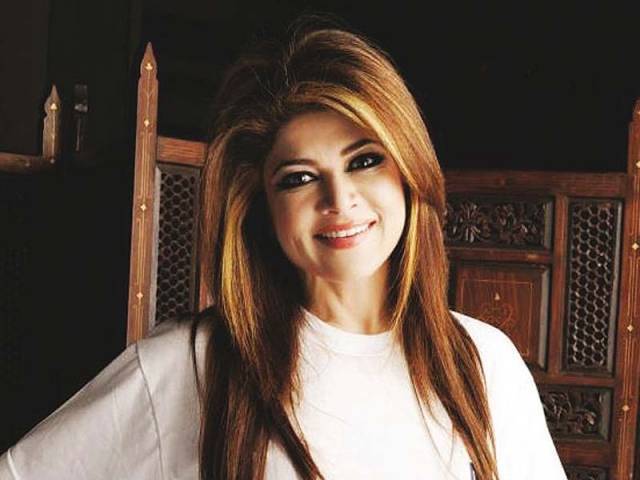 Mishi Khan is a television film and actress and TV Host. She was born on June 28, 1971, in Quetta, Pakistan. On 6 January 2016, Mishi was indicted for a fraud case of a false Advertising Campaign for a female doctor’s Beauty Salon. Since then, her acting career was halt. Her supportive role in the Lollywood film “Jannan” was proven to be her last appearance, till to date.

Misi started her career with the acting in the Fatima Surraya Bajiya’s famous drama Uroosa which was based on the novel of the same name in 1992. It was written by Zubaida Khatoon and directed by Qasim Jalali. The drama was aired on PTV Karachi center with the lead cast of Mishi Khan and Adnan Siddiqi. Uroosa was proved to be the first hit performance of two popular stars of this time Adnan Sidiqi and Mishi Khan.

After receiving the critical and commercial acclamation, she appeared as a lead artist throughout the 1990s drama on PTV. Her one of the notable performances in the historical drama serial “Tipu Sultan” in 1997, where she portrayed the role of Ruqqaya Begum, the first wife of king Tipu who was his mother’s choice. This drama was also aired on PTV Home.

Following the years, in 1999, she appeared in the Urdu drama serial “Boota from Toba Tek Singh” which was aired by Pakistan Television Corporation. The drama stars are Faisal Qureshi and Farah Shah along with Mishi as Zoya. The story of a mischievous boy Boota who belongs to Toba Tek Singh. Boota suddenly changed when he falls in love with Meero.

Mishi was also the part of a famous Yasir Nawaz’s directed romantic fantasy drama serial “Saat Pardon Mein” which was aired on Geo TV in 2012. The lead stars were Mikaal Zulfiqar and Sohai Ali Abro. Her last appearance as a TV actor was the Geo TV drama serial “Nanhi” with the lead co-actress Sajal Aly. This drama was aired from 2012 to 2013.

The talented actress has hosted the Television show and has been the host of a morning show “Sehar Mishi Khan Ke Saath” in 2012, aired on Kay2 Channel. She was also the host at the PTV show “Kishmish” in 1998.

Mishi has also made her Lollywood debut and has been the early artist of Lollywood. She acted in the 1998 romantic film Nikah which was the remake of the 1977 film “Aina”. In this film, she played a supporting role along with Shan Shahid, Reema Khan, and Niram. The film is the story of two different social classes. Next, she appeared as a supportive role of Shireen Gul in the 2016 romantic-comedy film Janaan” stirred with Bilal Ashraf, Ali Rehman Khan, and Ameena Khan, which tells the story of a fun-loving gang.

Mishi Khan is amongst the few of the television artists who made their name after their first hugely acclaimed performance. She had made her fame is a very short time. She held her bright acting career until the 2016 fraud case, but now a day, the beautiful actress has a halt in her acting career.